Ramdev: Laws are weak in India

He also called for laws such as those in China, US and Europe which limit use of fertilisers and pesticides. 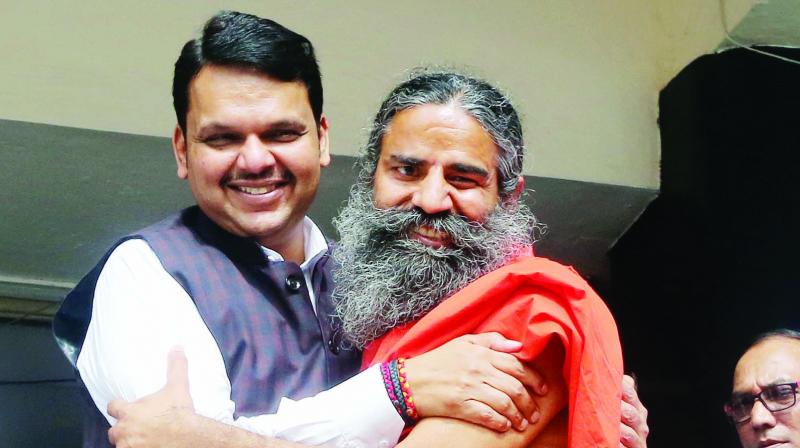 Mumbai: Yoga guru Baba Ramdev Wednesday said that the government should punish the offence of food adulteration with at least life imp-risonment. Presently, the punishment for adulteration in the state is just six months’ imprisonment. Ramdev was replying to a query about adulteration in food and medicine.

The state government will be celebrating World Yoga Day on June 21 at Nanded where Ramdev and chief minister Deven-dra Fadnavis will do yoga. Education minister Ashi-sh Shelar said that the government was organising yoga camps in 322 talukas and 36 districts.

Ramdev said that yoga could not be politicised and that it would work as medicine for world health, peace, harmony and unity. Prime Minister Narendra Modi was the country’s first PM to do yoga in the public domain. He appea-led all parties including to do yoga as it would boost confidence.

“Yoga is scientific, spiritual and a universal lifest-yle. It is very easy. The wh-ole world does yoga, which has given prestige to India across the globe,” he said.

To a question on food adulteration, Ramdev, whose Patanjali group has a big presence in packaged food segment, said regulatory bodies should be more alert and transparent. He also called for laws such as those in China, US and Europe which limit use of fertilisers and pesticides.

“The laws on adulteration are weak here (in India). In China, death penalty is recommended for adulteration of milk and other foods. There should be at least life imprisonment,” he said.

When asked whether he would seek death penalty for food adulteration, he said, “I demand hanging till death for adulteration of ghee, medicines, edible oil...The government should seriously think about it.”