Tuitions to be regulated?

Rules proposed pertaining to their advertising policies and fees. 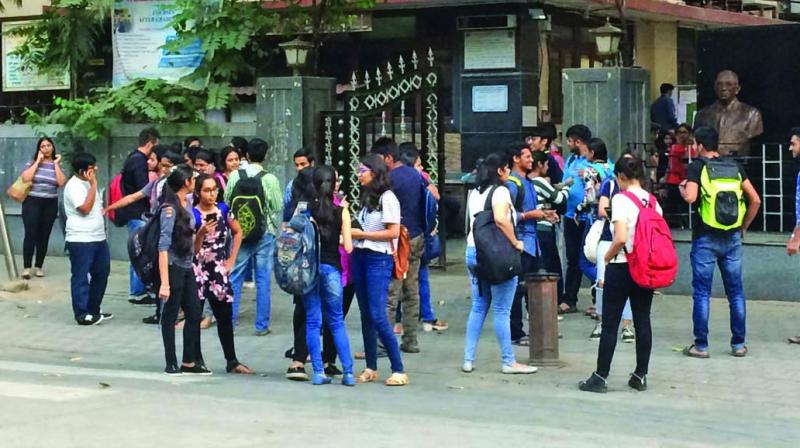 According to the bill, coaching classes should register each of their branches and not just the main one.

Mumbai: Coaching classes in the state will have to register themselves with the Directorate of School Education, if a draft bill seeking the introduction of the ‘Maharashtra Private Coaching Regulation Act 2018’ is passed in the upcoming Monsoon Session of the state legislature.

The government plans, via the draft bill, to regulate coaching classes by laying down certain rules pertaining to their advertising policies and fees. The bill also has a different set of rules for ‘home tuitions’.  According to it, only classes with up to five pupils would be considered home tuitions.

According to the bill, coaching classes should register each of their branches and not just the main one. Moreover, the officials from the state government’s education department will conduct inspections before renewing the classes’ registration every three years. On the subject of fees, it says that if the fees charged by the classes are too high, the government will be able to intervene — which is unprecedented. Furthermore, many classes that promoted themselves by showing off their students’ percentages will also be regulated with this bill. Though the classes can advertise individually, they won’t be allowed to promote themselves by highlighting their successful students. Also, the bill proposes to restrict classes from tying up with schools and colleges; and if they do so, their registration can be cancelled.

The bill also states that coaching classes would be bound to hand over five per cent of their income to the government, and the director of the coaching class or private firm would be fined or face two years of jail if he or she is not seen following the regulations laid by the government in the draft bill.

Sai Prasad, director of Radhasai IIT, a Mumbai-based IIT JEE coaching class, said, “With the government’s stand on integrated system, it will be difficult for students to prepare for high-level exams by themselves. Moreover, the quality of teaching in the colleges is not foolproof.”

Guideline to start a coaching class