Dadar monorail station still has no NOC from fire department

The road where the station is situated is narrow and has no room for fire engines. 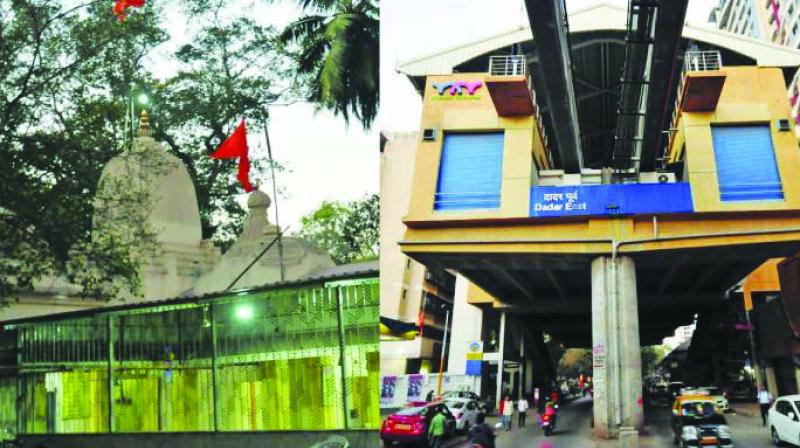 Dadar east monorail stations Dadar east continues not to have a NOC from the fire department. (Representational Image)

Mumbai: Even as the MMRDA is hoping to soon open the monorail service to the public, one of the monorail stations i.e. Dadar east, continues not to have a no-objection certificate (NOC) from the fire department.

The road where the station is situated is narrow and has no room for emergency vehicles or fire engines to manoeuvre. There are residential buildings along the road. The MMRDA will have to improve the area around the station to acquire a NOC from the fire department.

Sanjay Khandare, additional metropolitan commissioner, MMRDA, said, “The BMC’s fire officials had recently inspected the site and mentioned about the narrow road near the station. They have given us some instructions. The NOC has not been obtained till now for the station.”

Dadar east station falls under the second phase of the monorail project i.e. Wadala to Jacob Circle. In April this year, the corridor received the mandatory CRS (commissioner of railway safety) nod required to start the phase.

Hemant Parab, chief fire officer (CFO), told The Asian Age, “The matter is already under litigation as a society near the station moved court. We have asked the MMRDA to eliminate certain obstructions along the route and take care of the uneven path. Once they get done with this, we will inspect again and give further directives. Only after that the NOC will be given by the fire department.”

The MMRDA has been unable to start the entire monorail corridor (Chem-bur to Jacob Circle) as recently, the state government rejected its proposal citing lacunae in terms of safety.