An average of 60,000 to 86,000 bottles are delivered daily from the Rail Neer plant at Ambernath to the city stations. 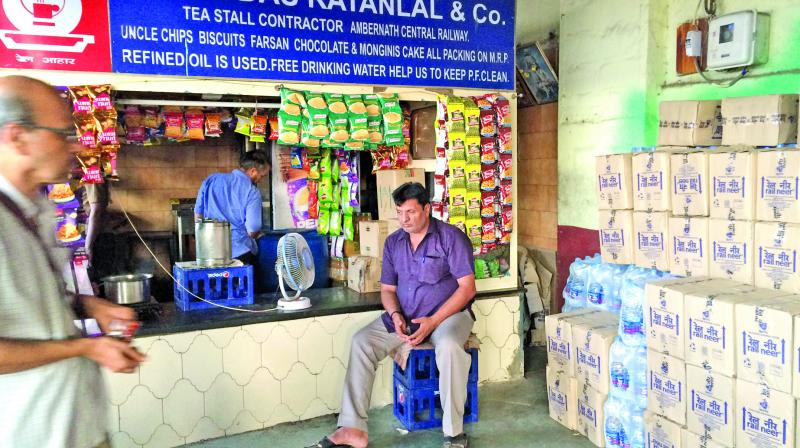 Sources say there is shortage of railways’ bottled water ‘Rail Neer’ at all the stations in Mumbai. (Photo: Shripad Naik)

Mumbai: As if the city’s unbearable sweltering heat and crowded trains were not enough, shortage of bottled water ‘Rail Neer’ at railway stations has added to the commuters’ woes in Mumbai.

Sources say that there is an almost 50 per cent deficit in the supply of Rail Neer, a brand of bottled water manufactured by the Indian Railway Catering and Tourism Corporation (IRCTC) at its Ambernath bottling plant.

The shortage of bottled water has left commuters high and dry because the Railways does not allow the sale of any other kind of packaged drinking water at its stations.

An average of 60,000 to 86,000 bottles are delivered daily from the Rail Neer plant at Ambernath to the city stations, according to tempo drivers who transport the bottles. However, railway officials said the demand for bottled water has increased because of the sweltering heat, and they have been unable to meet it.