Though BJP has decided to ignore Mr Thackeray’s attack as the Presidential elections are round the corner. 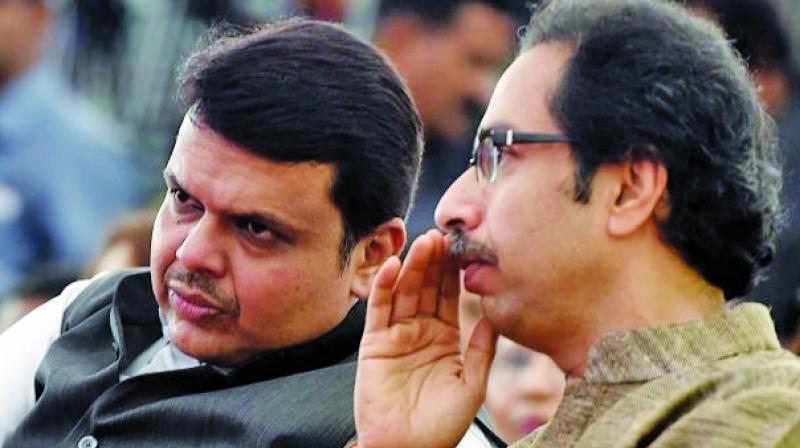 Mumbai: Shiv Sena chief Uddhav Thackeray’s strong attack on the Bharatiya Janata Party over issues related to farmers in the state is being taken seriously by the state BJP leadership.

The BJP feels Mr Thackeray too has indicated that his month-long campaign on farmers issues and long march on Vidhan Bhavan is his preparation for mid-term polls. Though BJP has decided to ignore Mr Thackeray’s attack as the Presidential elections are round the corner.

Making a veiled attack on chief minister Devendra Fadnavis, the Sena chief said that he (Mr Fadnavis) asked for farmer loan waiver when he was in opposition.

“But now he only studies. We will force the government to bow before farmers,” Mr Thackeray said. He said that his party would give up power if the government does not take decision on loan waiver. “I read reports of mid-term polls as BJP needs power on its own. Why go for election? We will leave power if you clear 7/12 of our farmers,” said Mr Thackeray.

During the BMC mayoral elections, the BJP gave ‘outside support’ to Sena candidate and decided not to take any post in establishment.

The BJP’s move gave a picture that the Sena is greedy for power and not ready to leave at any cost. BJP leadership feel that Mr Thackeray is trying to clear his party’s image.

Mr Thackeray said that the Sena would continue its farmer campaign till next one month and also take a march on Vidhan Bhavan to demand farmer loan waiver. Political pandits say that

Mr Thackeray’s agitation call is a clear indication of his party preparing for mid-term polls. “After reports of BJP preparing for midterm polls appeared, he too is trying to flex his muscle and consolidate suppot,” said a BJP leader. The BJP is mum since it needs Sena’s votes for the presidential election in July.