MSRTC may ask for 12 per cent fare hike

An official of MSRTC, requesting anonymity, said that the diesel price increase was the biggest burden. 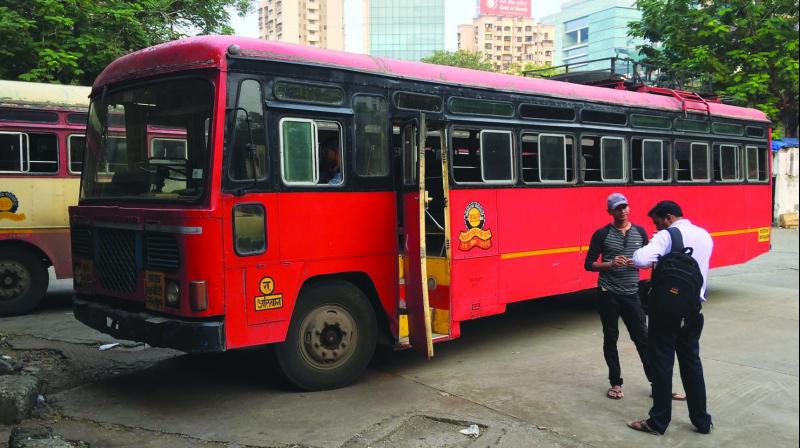 MSRTC is already facing a loss of Rs 2 crore every day in addition to the burden of Rs 97 lakh due to the rising cost of diesel, they say.

The price of diesel rose to Rs 64 per litre now from Rs 55 in July last year, the source in MSRTC said. If there was no increase, MSRTC would face trouble running the buses, he said.

Speaking to The Asian Age on Thursday, principal secretary of transport and ports Manoj Saunik said, “If we will receive the proposal of the fare hike of ST buses, we will examine it and accordingly take a decision on it.”

An official of MSRTC, requesting anonymity, said that the diesel price increase was the biggest burden.

Currently, an ST bus of Parivatan was being run at 1 rupee per/km, semi-luxury buses at Rs 1.50, air-conditioned luxury (Shivshahi) at 1.60 and air-conditioned upper class (Shivneri) at Rs 2.60, the official said.

The corporation earned Rs 19 crore per day causing a loss to the exchequer of Rs 2 crore. Besides, the diesel price increase was causing a loss of Rs 97 lakh every day. The MSRTC would have to earn Rs 21 crore daily to break even.

The last fare hike was in 2014, a year which witnessed the election. The official said, “The hike of state transport (ST) buses was 11 per cent in 2014. The fare hike of ST buses also determines the fare of private vehicles, hence it will have a major impact on the commuters of the rural parts of the state.”