Counsel claimed he was not at site of violence. 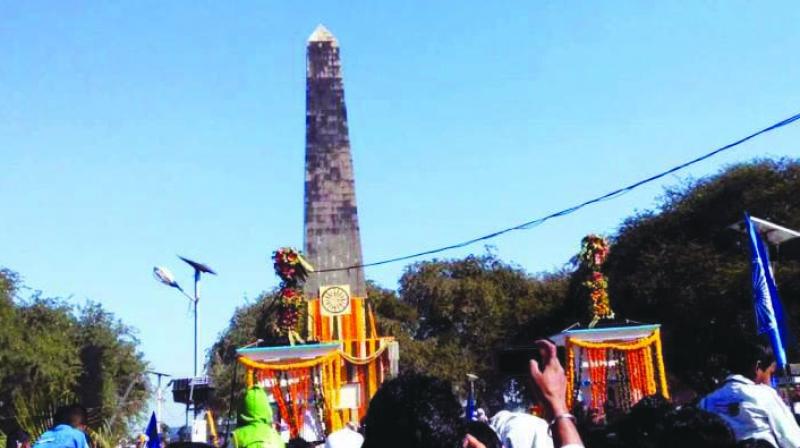 The monument commemorating the historic battle of Bhima-Koregaon.

Mumbai: Milind Ekbote, the prime accused in the Bhima-Koregaon violence, received bail on Thursday from a Pune sessions court. Ekbote was trying for pre-arrest bail which was denied to him earlier.

The bench headed by judge S.M. Menjoge was hearing the bail application of Ekbote pertaining to an FIR registered against him with regard to the violent incident that occurred on January 1, 2018 that left one dead and many injured, apart from spreading communal tension across the state. Ekbote had already got bail in an atrocities case that was registered against him in the same incident.

While arguing for Ekbote, his counsel S.K. Jain had claimed that his client was not present at the spot of the violence and hence the charges of conspiracy against him were untenable.

However, government pleader Ujjwala Pawar had argued against the application stating that there was enough evidence against Ekbote that proved that he had indulged in activities that compromised social peace and harmony. The GP had relied and submitted evidence to the court some pamphlets that had allegedly been distributed by Ekbote days prior to the riots as well as stressed on the inflammatory and socially divisive content of the pamphlets as being the main reason behind the rioting.

Ekbote had earlier applied for anticipatory bail in the Pune sessions court and the Bombay high court in January and February. However after both the applications had been rejected he had moved the Supreme Court, which had allowed him interim relief. However, the apex court cancelled it after which the Pune police arrested him.

The violence broke out on the 200th anniversary of the battle of Bhima-Koregaon was fought on January 1, 1818. Some dalit leaders and thinkers view its outcome as a victory of oppressed classes over the upper-caste establishment of those times.