CR sees two accidents; one dead, the other critical

Verma had sustained grievous injuries to her head and arms. 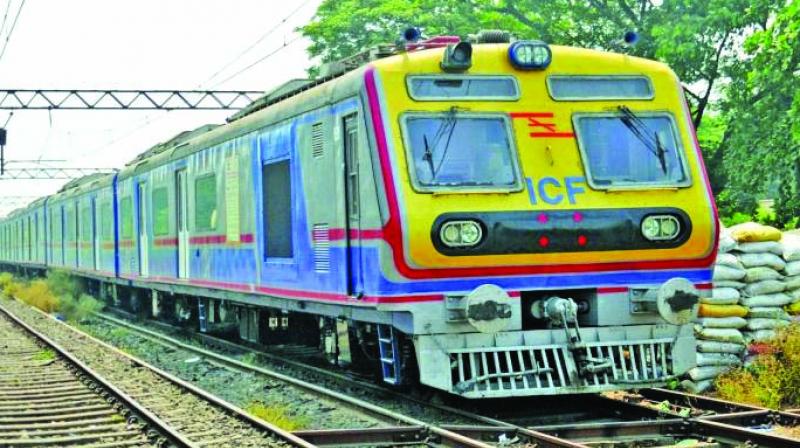 Mumbai: In two separate incifdents on central railway (CR) Thursday morning, Jyoti Verma (17) lost her life while crossing the tracks near Vidyavihar station while Tejashree Vaidya (23) fell off a running train between Sion and Matunga and is in a critical condition at Sion Hospital.

Ms Verma, a F.Y.J.C. commerce student of Somaiya College, was headed to college from her Vikhroli Parksite residence for extra lectures when a slow train hit her while crossing the tracks at about 11am. A few locals spotted her lying unconscious on the tracks after which she was immediately rushed to the civic Rajawadi Hospital in Ghatkopar, where she was declared dead on arrival. Ms Verma had sustained grievous injuries to her head and arms.

In the case of Ms Vaidya, who works at Elphinstone Road, she fell off a running train near pole 12/3 between Sion and Matunga stations at about 9.30am. She was reportedly standing on the footboard and was headed to college to give her masters’ examinations.

A senior Government Railway Police (GRP) officer in Dadar said that as soon as they received a call, constables were rushed to the spot. They found Ms Vaidya inside a gutter and crying for help as she had barely managed to keep her head above the gutter water. The constables climbed down into the gutter and pulled Ms Vaidya out only to admit her to Sion Hospital which was the nearest.

Dr Jayshree Mondkar, dean, Sion Hospital, said, “Ms Vaidya is quite serious and is on respiratory support. She is still unconscious and a CT scan has been conducted on her. Prima facie it appears that she has suffered a brain injury.”