The redevelopment project will create 16,000 housing units, which Mhada will sell via lottery system. 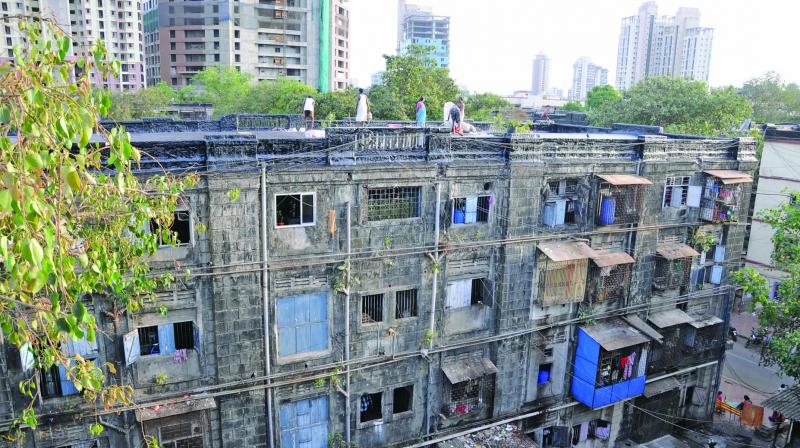 As many as 13,500 tenants reside in the chawls spread over 93 acres of land in Worli, NM Joshi Marg and Naigaon, making this the second largest cluster development project in the city after Dharavi.

Last month, the Maharashtra Housing and Area Development Authority (Mhada), the nodal agency for the project had shortlisted L&T Realty and Shapoorji Pallonji for carrying out redevelopment of the British-era chawls.

Ravindra Waikar, Minister of State for Housing, said, “Chief Minister Devendra Fadnavis will conduct bhoomi pujan for the project on Saturday. This will be one of the biggest redevelopment projects in the city and will create housing stock of around 16,000 units for Mhada. These will be sold via lottery system.”

The State Cabinet on March 18, 2016, cleared the redevelopment of the 100-year-old BDD chawls.The state has plans to redevelop the chawls under a new set of development control regulation, which will be prepared by the Mhada. The new structures will get a floor space index (FSI) of 4. FSI is the ratio of the permissible built-up area to the plot area.

Mr. Waikar had announced in the Assembly last week that the profit margin of the redevelopment will be shared between the government and Mhada in a ratio of 70:30.

Nearly 80,000 people live in the 207 BDD chawls, according to government officials. The government has spent Rs 143.53 crore on repairs of these chawls between 2007 and 2014. Now, the government has taken the decision to redevelop as the structures are beyond repair.