Desai will be grilled on reasons why records were fudged in report. 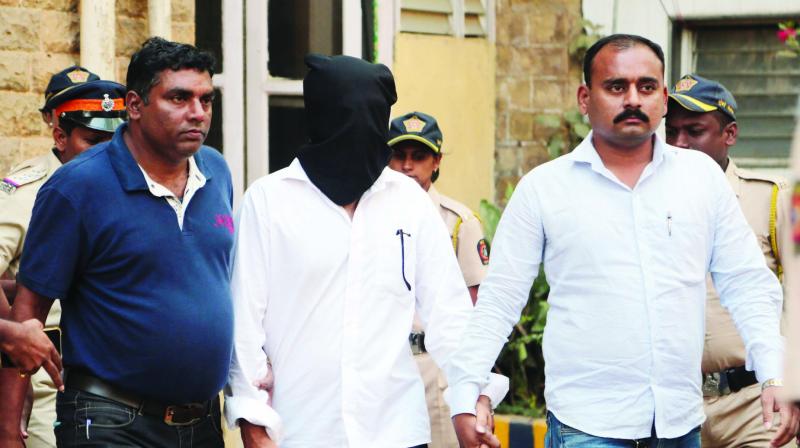 Structural auditor Neeraj Kumar Desai is produced at the Esplanade court in connection with the CSMT bridge collapse, on Tuesday. (Photo: AA)

Mumbai: A day after the Azad Maidan police arrested the structural auditor in Himalaya Bridge collapse case, he was produced in the Esplanade court on Tuesday and was remanded in police custody till March 25 for further investigation.

The accused, Neeraj Desai, will be questioned further on audit process and the reasons as to why records in the audit report were fudged. He was arrested based on the statement of the Brihanmumbai Municipal Corporation’s (BMC) chief engineer (bridges) who claimed that the auditing firm was at fault.

Desai was apprehended from his brother’s residence at Kurla after he was not to be found at his residence or his office in Andheri, the police said. In the court the public prosecutor sought his custody because the responsibility to audit the foot over bridge (FOB) was his.

The officials, meanwhile, recorded statement of Sanjay Darade, the BMC’s chief engineer (bridges), who allegedly claimed that the structural audit report was at fault, which led to the untoward incident.

In an internal inquiry conducted by the BMC, the corporation held M/s RPS Infraprojects Pvt Ltd responsible on several counts including fudging the age of the bridge and its condition.

The investigation will focus on the auditor of the ill-fated structure that came down crashing despite being categorised to be in good condition. The police is likely to question the suspended and incumbent engineers of the BMC in the case soon.