Students are demanding one time settlement from GM quota and said that they demand jobs from government. 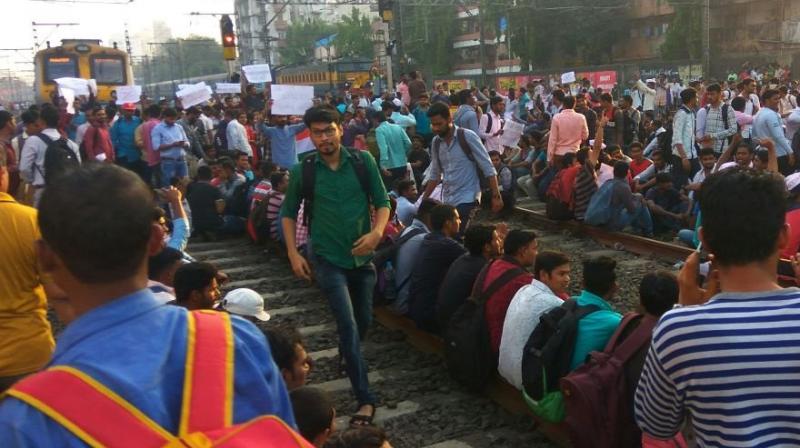 The students blocked the rail track at 7 am in the morning, forcing railway to stop the suburban as well as express train in the affected section between Matunga and CSMT. (Photo: ANI | Twitter)

"There has been no recruitment since last four years. We are struggling from pillars to post. Over 10 students have committed suicide. We cannot let such things happen," a student who was part of the protest said.

"We will not budge from here until and unless Railway Minister Piyush Goyal come and meet us. Our several prayers made to DRM (Divisional Railway Manager of Mumbai Division) have failed," another student said.

"Mumbai police along with GRP and RPF jawans are having talks with the students and railway's first priority was to clear the track first," Chief PRO of Central Railway Sunil Udasi said.

Students shouting slogans against railways held placard in their hands demanding one time settlement from GM quota and said that they demand jobs from government.