Another doctor beaten up at Sion Hospital

Following this the doctors at Sion Hospital lodged a complaint at Sion police station and the police arrested the three accused. 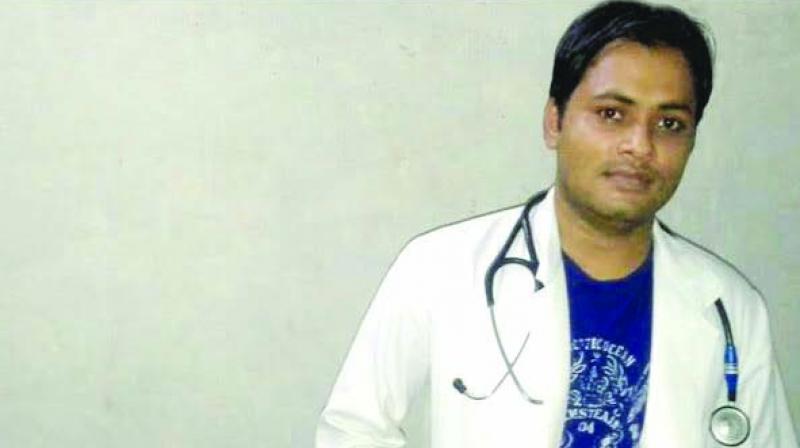 Mumbai: In the week’s third instance of irate relatives of patients assaulting doctors in the state, a resident doctor of the civic-run Sion Hospital was allegedly assaulted late Saturday night by the relatives of a 60-year-old woman. The patient, Rekha Singh, a resident of Chembur, allegedly died of chronic kidney disease on Saturday. Unable to bear the loss, Singh’s relatives allegedly beat up doctor Rohit Kumar Jain (29), in the presence of the hospital’s security guards. Dr Kumar sustained minor injuries on his arms and head. Three relatives of the deceased patient were arrested in connection with the incident and later granted bail.

According to sources attached to the Sion police station, Dr Kumar was attending to Singh, who was admitted in ward number 20 of the civic-run hospital. Singh was admitted late on Friday night for a chronic kidney disease. She was put on dialysis earlier in the day, but her condition was deteriorating rapidly. Singh succumbed to her disease on Saturday night at 10.05 pm, following which her family started blaming the doctors and the medical staff for not being able to save her.

The police source added that Singh’s family created a ruckus, following which the hospital’s security staff were summoned. Dr Kumar, who is in his first year of a three-year residency programme at Sion Hospital, was beaten up by the patient’s relatives at 10.30 pm on Saturday night in the presence of the hospital’s security guards.

Following this the doctors at Sion Hospital lodged a complaint at Sion police station and the police arrested the three accused.

Speaking to The Asian Age, N. Ambika, DCP zone-4, said, “The police has registered an offence against the family of the deceased and they were arrested late on Saturday night. The arrested trio was produced in holiday court on Sunday”.

The accused were booked under various sections of the IPC. The accused were produced in court and were granted bail on grounds that the family got emotional and acted in a wrong manner.