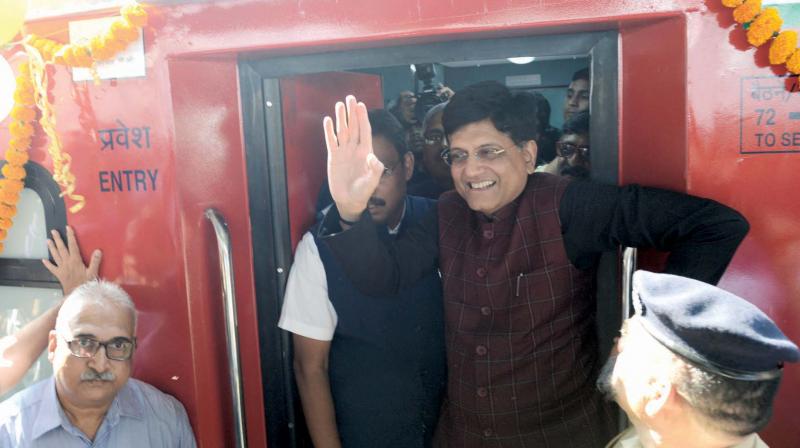 The railways miniister Piyush Goyal said that frequency of the Express train would be increased in the upcoming days.

Mr Goyal, who was at Chhatrapati Shivaji Ma-haraj Terminus (CSMT) for flagging off the first Rajadhani Express of the Central Railway (CR) between CSMT Mumbai and Hazarat Nizam-uddin on Saturday, said that the state and Union government have given a boost to city  infrastructure.

Mr Goyal further added that the Mumbai Urban Transport Project 3-A worth Rs 54,777 crores, had been approved by the central government and state cabinet. Thus, the on going projects across various parts of the city amounts close to Rs 75,000 crores, he added.

“Under the regime of Mr Modi, with the help of chief minister Devendra Fadnavis, the development works in the city have been paced up,” Mr Modi added.