Prime Minister Narendra Modi said that films play a major role in enhancing tourism sector for development of the country. 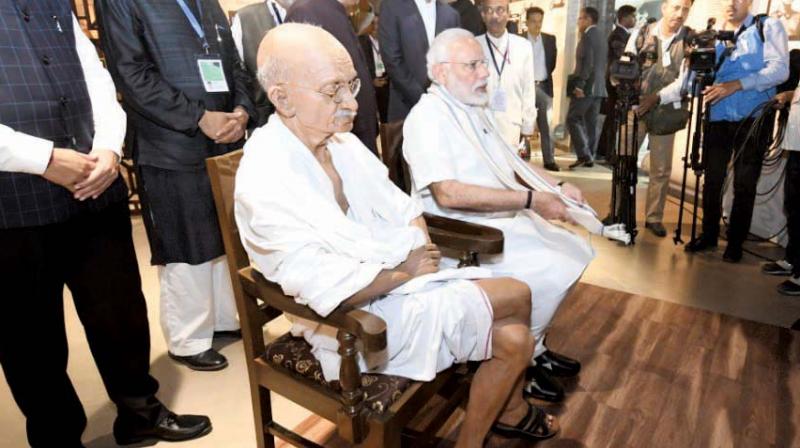 PM Modi with statue of Mahatma Gandhi at NMIC.

Mumbai: Prime Minister Narendra Modi said that films play a major role in enhancing tourism sector for development of the country. Films have the power to in-fluence people and bring in social changes in society, he said on Saturday.

“The popularity of Indian films in the world is so immense that some of the world leaders could sing the entire lyrics of an Indian song without understanding its meaning,” Mr Modi said.

The Prime Minister was speaking at the inauguration of National Museum of Indian Cinema (NMIC), which  showcase the rich history of Indian cinema.

“The government has started working on creating a single window clearance for shooting of films. A portal is being worked upon, where you only insert the required details and within a stipulated time, clearances will be given,” Mr Modi said.

Mr Modi said that films and society are reflection of each other. He added, “It can also help in generating employment opportunities and thus contribute immensely to the nation-building process.” He added that films also depict the changing face of India.

Emphasising on evolution of film genres, Mr Modi said, “At one point of time, films were made on poverty and helplessness. Now, along with problems, solutions are also depicted in cinema.”

Expressing concerns over privacy of films, Mr Modi said he understands that it insults the filmmakers’ hard work and hence the government is trying to ensure that cam-cording not just remains a punishable offence but attracts strict penalties.