Water charges to rise outside city 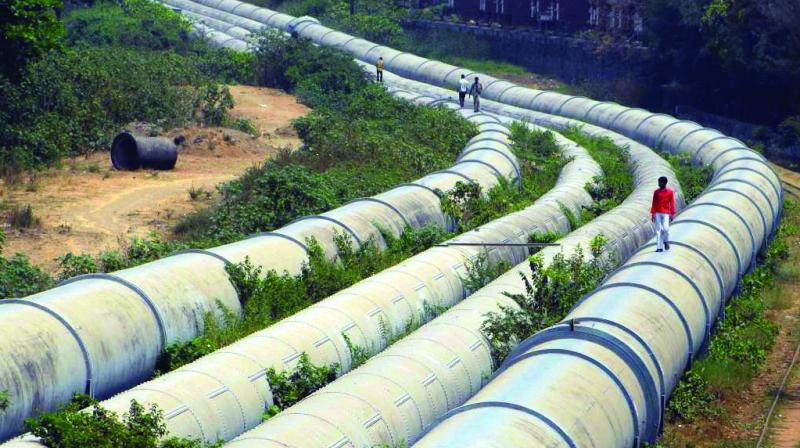 The rates for residential purposes will be increased by 17 per cent and for industries by 50 per cent.

Mumbai: The Maharashtra Water Resources Regulatory Authority (MWRRA) took the decision on Friday to increase water charges across the state, except Mumbai, from February 1. The rates for residential purposes will be increased by 17 per cent and for industries by 50 per cent. Beer, mineral water and cold drinks are likely to cost more as water charges for these industries have been raised by over six times.

The last time the water charges were revised was in 2010 and new rates were implemented from October 15, 2010. The inflation index has increased by 63 per cent and it was expected that rates would be revised after every three to four years but that did not happen. Hence, this new revision in water charges is not much and will not have much of impact on people, MWRRA chairman K.P. Bakshi said.

The irrigation department will receive revenue to the tune of Rs 1,016 crore after the revised rates are implemented. The department is spending more and there is no surplus. As per new rates, 59 per cent of the expenses will be recovered from industrial consumers, 22 per cent from residential consumers and 19 per cent from agriculture consumers, said Mr Bakshi.

The MWRRA decides rates of water supplied from the dams of irrigation department to the local bodies and MIDC. New rates will be applicable to them and they will take a decision about passing that on the consumers, added Mr Bakshi. Since the Mumbai corporation has its own dams and it has a share in Bhatsa dam, new rates will not affect the residents of Mumbai, he said.

While talking to The Asian Age, V.M. Kulkarni, member of the MWRRA said that the move was badly required. “We have decided on the principle that those who use more water will pay more. So industries that use more water than that allocated will have to pay 1.5 times of the rate for more than 115 per cent use.