The use of drones is expected to facilitate the work of digitisation of each individual hut, said sources. 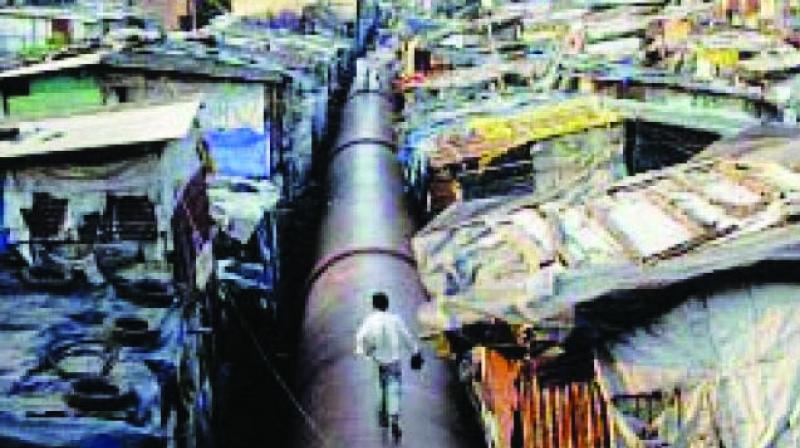 Drone used for this survey has a 20MP camera that has five obstacle sensors.

Mumbai: In the first instance of its kind, the Slum Rehabilitation Auth-ority (SRA) is planning to fly high-end drones or unmanned aerial vehicles (UAV) across Mumbai's slums to beef up its ongoing survey.

The use of drones is expected to facilitate the work of digitisation of each individual hut, said sources. A drone, as part of the survey, was flown on Friday at Hariyali village in Kurla on a pilot-basis.

From a height of 100m, the drone covered an imagery of 50 acres in two sorties of 15 minutes each, in which details on 2,300 huts were gathered.

The Asian Age had previously reported on the slow pace of the survey. Since 2016, the authority has only managed to completed 40 per cent of the survey.

The updates on the huts are being uploaded on an online portal recently launched by the state Chief Minister Devendra Fadnavis.

After digitisation of each hutment, a slum map would be prepared by the authority. The SRA appointed survey agencies, M/s Mahaonline and M/s Genesys International Corporation, on Friday. The slum survey was started in 2016. Its purpose was to enable a slum-free state by 2022.

"Currently, we use a machine called  LiDAR machine, which is carried by the surveyor on his back while performing the door-to-door biometric survey. The machine is huge and the accuracy level is not that high. So we have decided to use drones which can map at least 3,500 hutments per day as compared to the machine which can only capture 800 hutments per day," said a senior SRA official from CTS survey department of SRA.

"Till date, D2D survey of 1,95,000 hutments has been completed. To conduct the GIS enabled, biometric survey of each slum dweller residing in the Mumbai municipal area, the survey and digitisation of each slum hut is necessary. Currently, the slum map is prepared by using a backpack LiDAR machine & ETS/GPS technique. There are plethora of challenges faced in the tight lanes within slum areas with little to no visibility to open sky," said an official.