In another incident, fire broke out in a 26-storeyed building at Thane. 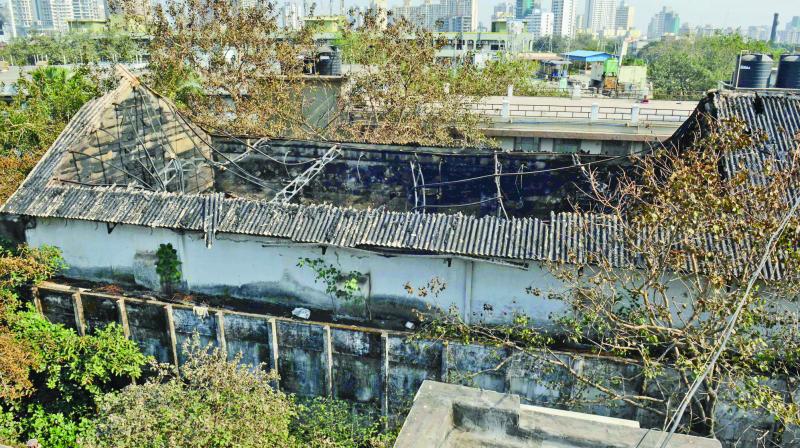 A massive fire broke out inside Navrang studio at Todi Mills which is just a few meters away from the Kamala Mills compound. (Photo: Rajesh Jadhav)

Mumbai: A major fire broke out inside Navrang studio at Todi Mill compound, Lower Parel early on Friday. A fireman was injured while dousing the flames. However, there was no casualty as the dilapidated studio was unoccupied. A part of the studio that was shut for several years was already destroyed in a fire. The fire erupted at around 1 am on Friday.

“The firemen arrived at the spot at around 1.17 am with eight fire engines and started the dousing operations. It was a Level III fire call and the fire was confined in the industrial estate on the fourth floor of the structure. A fireman got injured during the operations,” said a senior fire official. He further added,

Todi mill is just a few hundred meters away from the Kamla Mills compound where a massive blaze claimed 14 lives and injured 31 others on December 29, 2017.

Earlier this month, there was a massive fire at Cinevista studio, Kanjurmarg. A studio assistant was killed in the audio section of Cinevista studio. The civic body has tightened the fire safety norms post the repeated fire incidents in the city.

In another incident, fire broke out in a 26-storeyed building at Thane. The fire brigade personnel evacuated 150 people. There was no casualty