If there were any, only their remains would be there as the bodies were completely charred as most of them had 100 per cent burn injuries. 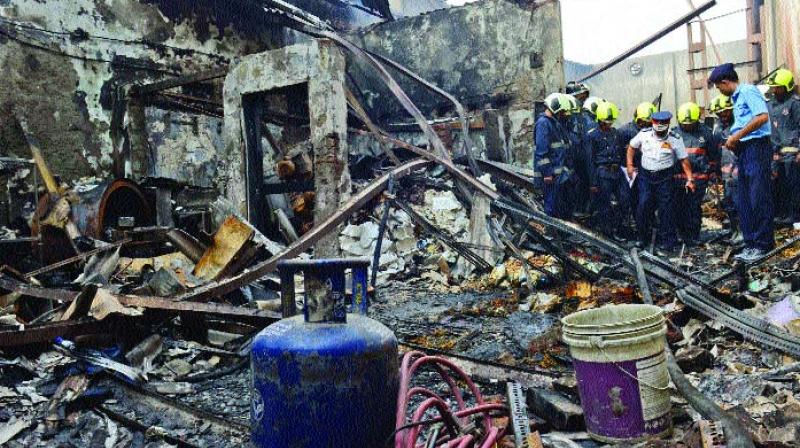 The doctors said that the blaze had spread beyond an area of 60x30 feet on the ground floor. (Photo: Rajesh Jadhav)

Mumbai: Medicos at Ghatkopar’s civic-run Rajawadi Hospital, where the dead bodies were taken, have said that those who got trapped in the farsan shop had inhaled fumes. The shop was locked from the inside. The victims were sleeping and did not get any chance to escape. According to the hospital’s doctors, the blaze spread beyond an area of 60x30 feet on the ground floor.

Talking to The Asian Age, Dr Vidya Thakur, medical superintendent of Rajawadi Hospital, said, “The labourers’ bodies were lifted up from the floor. They were completely charred. There was no chance for them to escape as it was a closed room.”

Stating that the flames had surrounded the men in the early hours when they were all fast asleep, the doctor said, “We will know the exact cause of death following the autopsy.”

Asked if more people were believed to be trapped inside, she said, “We have no clue about that. If there were any, only their remains would be there as the bodies were completely charred as most of them had 100 per cent burn injuries.