Mukerjea broke into tears after she was told her father had passed away in Assam. 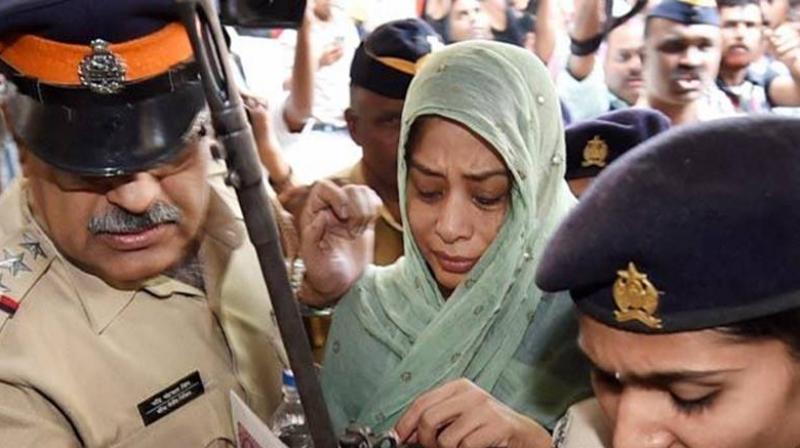 Indrani Mukerjea is accused of murdering her own daughter. (Photo: PTI/File)

Mumbai: Indrani Mukerjea, the prime accused in the Sheena Bora murder case, on Monday broke down outside the court here after learning about her father Upendra Kumar Bora’s death on December 15.

Indrani, her husband and former media baron Peter Mukerjea and her former husband Sanjeev Khanna were produced in the court on Monday for arguments on framing of charges. After the special prosecutors Bharat Badami and Kavita Patil finished the arguments, CBI’s investigating officer informed Indrani about her father’s demise in Assam.

Indrani, through her lawyer, told the special judge H S Mahajan that CBI had been insensitive. She was informed only on Monday when her father had died on Thursday, she told the court. "It's very insensitive," her lawyer said, adding that neither the CBI nor the jail officials informed her, and action should be taken against them for this lapse.

The judge said he would warn the CBI officer at the hearing on Tuesday. While coming out of the court, Indrani broke down. She was heard saying to the investigating officer, "You didnt do the right thing. You should have told me earlier.

You hadn't told me about my mothers death too (back in October 2015)." Indrani, her driver Shyam Rai (who has now turned approver in the case) and Khanna are accused of killing her daughter Sheena inside a car here in April 2012. Peter Mukerjea is accused of being a party to the conspiracy.