The seven students were studying for an undergraduate course at Don Bosco Institute of Technology when they were killed in the fire. 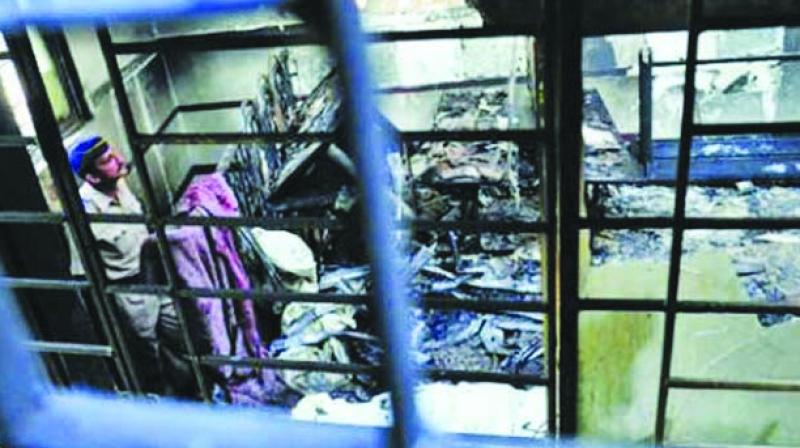 Sudish Hegde was arrested after eight people died in a fire in his hotel on October 2015.

Mumbai: The Bombay high court on Thursday granted bail to Sudish Hegde, the owner of City Kinara hotel in Kurla. Hegde was arrested after eight people, including seven students, had died in a fire that started in his hotel’s mezzanine floor in October 2015.

The seven students were studying for an undergraduate course at Don Bosco Institute of Technology when they were killed in the fire. The bodies of the eight victims, who at the time of the incident were having lunch at the restaurant, were found in a seated position.

Advocate Dinesh Tiwari, appearing on behalf of Hegde, argued before the court that there is no material to connect the applicant with the incident, the investigation in the matter is complete, the chargesheet has already been filed, the applicant is available for investigation and prosecution, and Sharad Tripathi, the accused manager, has already secured bail in December 2015.

The public prosecutor had opposed the application on the ground that the nature of the offence is too serious. Even if the applicant has rented out the premises, he is still vicariously liable for the incident.