3 killed in accident on Mumbai-Nashik highway

Their car rammed into a speeding truck from the rear resulting in the accident. 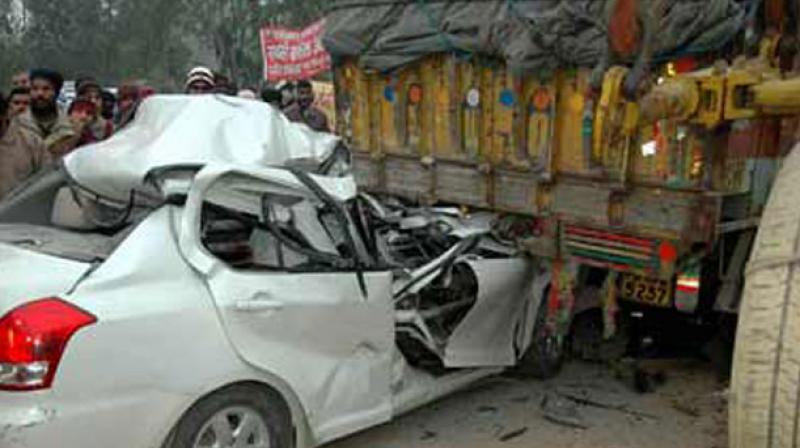 Three persons were killed on Monday and three others injured in an accident on the Mumbai Nashik highway in Thane on Monday. (Photo: PTI/Representational)

Thane: Three persons were killed on Monday and three others injured all of them seriously when a car in which they were travelling met with an accident on the Mumbai Nashik highway in Thane in Vashind police station limits.

The mishap took place under Sahapur division in the wee hours when the victims, all hailing from Wada taluka, were on their way to attend a Kunbi Sameelan at Asangaon, PI Anil Pawar of Vashind police station told PTI.

When their car neared Khativali it rammed into a speeding truck from the rear resulting in the accident.

The injured were admitted to Sahapur Rural Hospital and later shifted to a hospital in Thane in a critical condition.