IRF in its statement said that it would take steps to get the ban revoked. 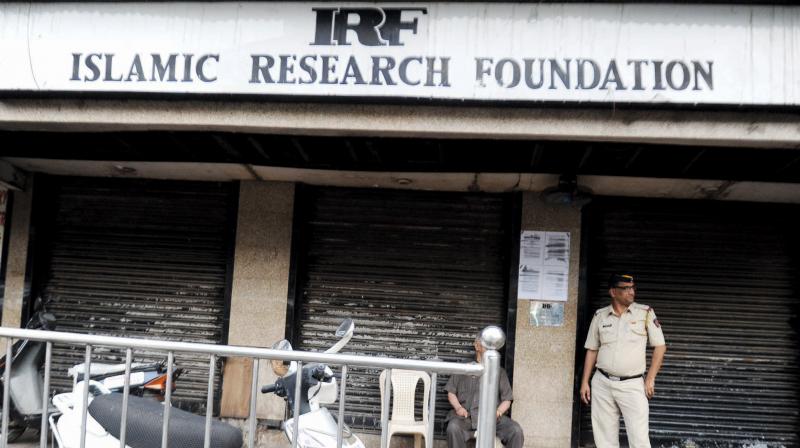 Mumbai: The Islamic Research Foundation (IRF) owned and run by controversial televangelist Zakir Naik was on Friday shut down by the Mumbai police after it received an order regarding the same from the government.

The order served to the IRF declares that the foundation propagates disharmony and feelings of hatred among different religious communities and has been declared ‘unlawful’ under the Unlawful Activities (Prevention) Act (UAPA).

IRF in its statement said that it would take steps to get the ban revoked.

The notice issued by the Ministry of Home Affairs on November 17, lists the five cases registered against Naik and other members of the IRF with two in Mumbai, one in Sawant-wadi, one in Vengurla and one in Kerala.

The four Mumbai cases are of those registered at the Nagpada police station on August 6, 2016 against “Arshi Qureshi, an employee of the IRF” alleging that he goaded a youngster Ashfaq Majeed to leave the country and join the Islamic State. The three other cases from Maharashtra are ones registered in 2012 and 2013 against Naik himself for making derogatory statements against Hindu gods.

DCP Ashok Dudhe, Mumbai police spokesperson, said, “Central Government of India have declared Islamic Research Foundation (IRF) as an Unlawful Association with immediate effect. The Mumbai police has served a copy of the notification to the office bearers of IRF.”

The order further goes on to add that the speeches and statements made by Naik “extol known terrorists such as Osama Bin Laden. The speeches proclaim that every Muslim should be a terrorist and claim that if Islam had indeed wanted 80 per cent of the Indian population would not have remained Hindus as they could have been converted by sword,” stated the order. It added that his speeches also justified suicide bombings and were derogatory against other religions.

The order also draws attention to the incident wherein Bangladesh government alleged that Naik inspired the terrorists that bombed a cafe in Dhaka.

A statement issued by the IRF stated, “The government’s notification under section 3 of UAPA was served on IRF late last evening. We’re studying the contents of the notification and the reasons cited for the ban and we will take recourse to all remedies available in law to get the ban revoked.”