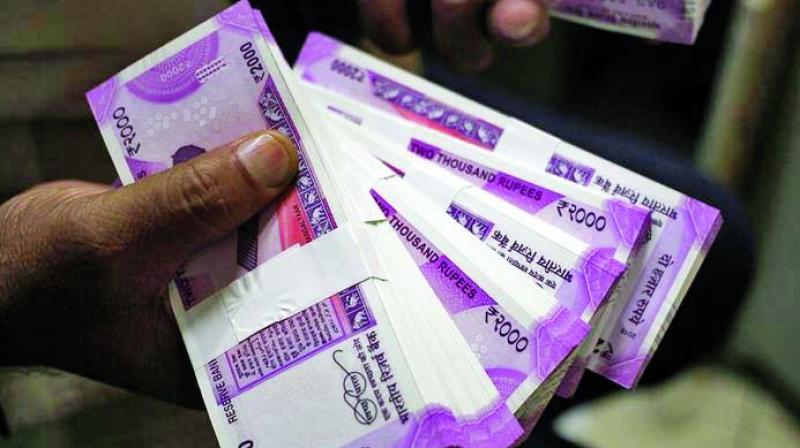 A former banker, Vishwas Utagi, said small traders and farmers are the ones who have been mainly affected by demonetisation.

Mumbai: If activists are to be believed, demonetisation will adversely impact farmers and the rural economy. Some of them alleged that if the Reserve Bank of India (RBI) does not decide to open a huge deposit by way of loans with low interest rates, the economy would take at least six months to recover from the current situation.

Farmers’ leader Vijay Jawandhiya said, “Prime Minister Narendra Modi’s decision to demonetise has badly hit farmers and the agricultural sector and I fear that the rate at which farmers are committing suicide will only increase in the coming months. On one hand, the State Bank of India has written off thousands of crores borrowed by industrialist Vijay Mallya, who ran away to London without repaying the loan, and on the other hand, district cooperative banks have issued letters to farmers in Vidarbha region.”

Mr Jawandhiya said that after two successive years of near drought, this year saw a good monsoon only to end up this way.

“Will farm workers get increased labour charges after demonetisation?” he questioned.

Praveen Darekar, chairman, Mumbai District Cooperative Bank, said, “District cooperative banks have become a dumping ground for old, cancelled currency notes as we do not have the right to accept or exchange old currency.”

Meanwhile, former banker, Vishwas Utagi, said, “Small traders and farmers are the ones who have been mainly affected by demonetisation. Right now, common people have deposited their hard-earned money of over Rs 5 lakh crore and it’s now time to open this amount in the market to boost development. The RBI should take an immediate decision to make available loans to farmers and small businessmen at minimum interst rates. Otherwise, non-banking financial institutions (NBFI) will grab the opportunity, take loans from banks at existing interest rates and later lend to farmers at high interest rates. Farmers will suffer in the bargain.”

Mr Utagi claimed that it was RBI’s failure that people had to stand in queues for their money. “If the apex bank does not take an appropriate decision, it will take time to overcome the situation,” he warned.