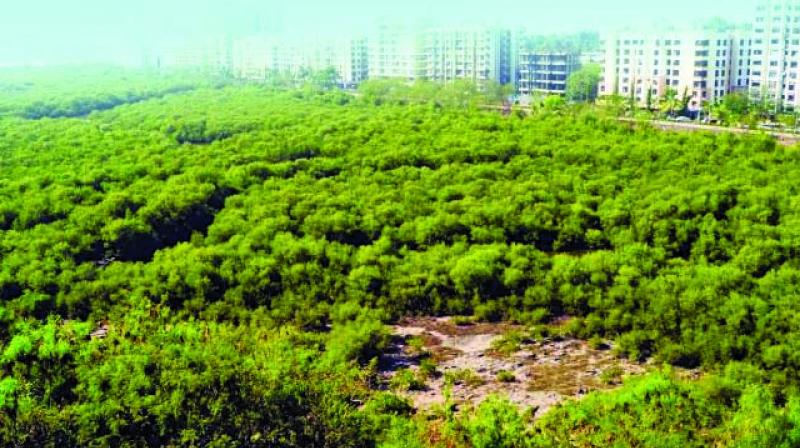 There are around 1,000 mangroves in Versova and around 15 of them in Otters Club, which will be affected.

Mumbai: More than 1,000 mangroves will have to make way for the Versova-Bandra Sea Link (VBSL) project, which is expected to begin by next month. Although the Bombay high court has restricted mangrove cutting in the city, the Maharashtra State Road Development Corporation (MSRDC) officials are confident of getting an approval soon.

There are around 1,000 mangroves in Versova and around 15 of them in Otters Club, which will be affected. The officials, recently, acquired land parcels in the Juhu Koliwada and Versova for the project.

“We have already forwarded the proposal to the Mangrove cell and it is in the process of getting approved. According to our estimates, around 1,000 mangroves will be affected in the Versova area alone. Apart from that, around 15 of the plants will have to be cut from Otters Club in Andheri,” said a MSRDC official in charge of VBSL. He added, “Once the proposal is cleared here, it will be sent to the Chief Conservator of Forest in Nagpur. After that, we will submit it before the high court. Since the project is for public good, it will not be opposed.”

However, environmentalist, Stalin Dayanand, said, “If mangroves in such huge numbers are cut in any area, the tidal patterns tend to change and will increase soil erosion there.

“During high tides, the sea water will be seen rushing faster than the usual pace in the absence of mangroves.”. But the MSRDC official said the authority would try to avoid maximum cutting of mangroves as the land is only needed to erect piers.

“Mangroves at Juhu-Koliwada area will be untouched since we are going to fence the area for a casting yard.added the official.

Meanwhile, the MSRDC has approached the Airports Authority of India (AAI) to get height clearance for the bridge. “The height of the bridge may go up to 54 meters and 60 meters is the limit set by AAI. We would still require their NOC, which is expected shortly,” said the official.