ince the self financed universities don’t get any aid from the government, they have the liberty to increase or reduce the fees. 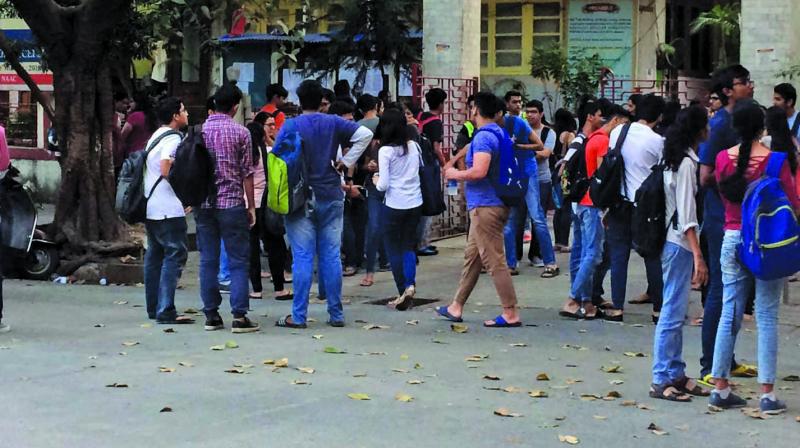 Waikar have asked the chancellor to investigate about the fee structure change by appointing a special team by the government and take strict action against such management.

The letter sent by Ravindra Waikar, minister of state for higher education, said, “It is observed that some of the institutes granted as self finance university status are taking disadvantage of their autonomy and have increased their fees structure enormously. Such institutes, while enjoying privilege of college status, their fee structure were regulated by the fee regulatory authority (FRA). During this period their fees were much less. However, after getting self finance university status, some of them have increased their fees tremendously.”

Mr. Waikar have asked the chancellor to investigate about the fee structure change by appointing a special team by the government and take strict action against such management. According to him, ‘some irregularities have been noticed in the appointment of teaching and non-teaching staff by such universities’. The letter further said, “People without adequate qualifications prescribed by apex council have been appointed in some of these universities. In the Spicer Self Finance University, Navi Mumbai, the vice-chancellor and many teaching staff are without qualifications prescribed by apex councils.”

According to the officials in the ministry, they have been receiving lot of complaints from both parents and students regarding fees being unjustified. “If a university is increasing the fees their way and at the same time providing sufficient facilities, then the parents and students shall be happy. However, in several cases we found that the fees go up every year, but the infrastructure and the facility of the colleges  remains the same,” said an official at the ministry. They have alleged that such cases mostly happen in the management and engineering self-financing universities.

The self-financed universities have minimum regulatory interference in the formation and functioning by the government. This gives them a state of freedom. However, addressing the misuse of this freedom, a notification has being sent to the chancellor, who manages all the universities in Maharashtra.

The letter mentioned that, prior to raising fees the self-financing universities must seek approvals of government, parents and students.