Iqbal Kaskar held in connection with extortion case in Thane

The case was registered with the Kasarvadavali police station by the developer recently. 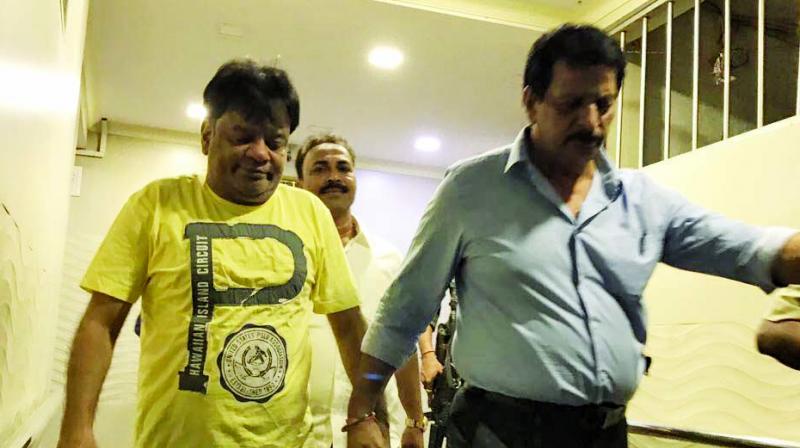 The police's anti extortion cell (AEC), headed by recently inducted and former encounter specialist Pradeep Sharma, picked up Kaskar from south Mumbai along with some of his aides. The case was registered with the Kasarvadavali police station by the developer recently.

The project is coming up on Ghodbunder Road. Preliminary reports revealed that Kaskar came on police's radar after the property developer lodged a complaint of him demanding more. As per the complaint Kaskar has already taken four flats in an upcoming project in Thane City and was asking for more.

“This irked the builder,” said a police officer requesting anonymity. The police is questioning Kaskar and are looking for more of his associates who are stated to have been involved. The process of placing him under the arrest is yet to be completed and police teams have been sent out to look for more accused persons.

“The project and developer is of Thane and nothing more can be revealed at this moment as the prove is still on and more arrests are likely to take place soon,” added the officer. The Mumbai police last arrested Kaskar in an extortion case in 2015. The arrest was made following a complaint filed by one Salim Sheikh.

Kaskar was later granted bail on a security amount of Rs 50,000. It was alleged then that Kaskar and his men had demanded extortion of Rs 3 lakh after assaulting him. He was questioned at the JJ Marg Police Station for over four hours before being arrested. Shaikh, a resident of Byculla, had approached the local police after being threatened by Kaskar.