The abattoir redevelopment projects costs over Rs 418 crore and is divided into phase 1A, 1B and 2. 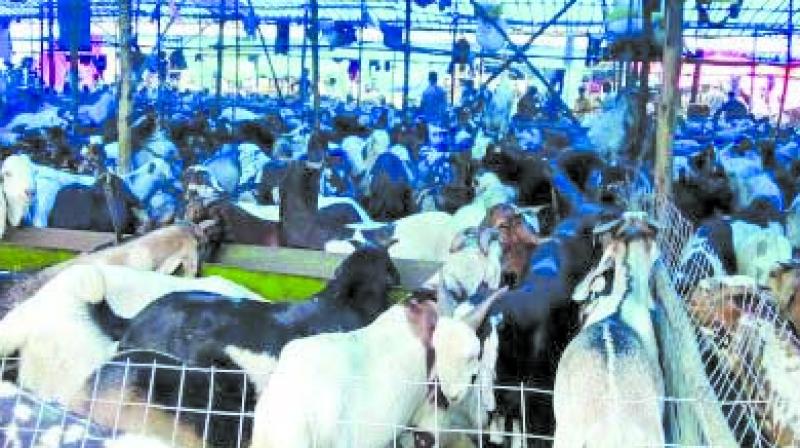 The BMC-owned abattoir is spread over 64 acres in Deonar near Chembur.

Mumbai: Deonar abattoir, the biggest slaughterhouse in the country will now provide boneless meat to vendors and a cold storage facility. The installation deboning plant and meat storage will be part of the redevelopment project of the abattoir.

Currently, the abattoir only slaughters animals as per vendors requirements but does not store them. The BMC-owned abattoir is spread over 64 acres in Deonar near Chembur., neither it provides boneless meat. The Deonar abattoir slaughters around 3,500 sheeps/goats, 250 buffaloes and 200 pigs daily. While, the slaughtering is in thousands on festival of Bakri Id.

“The provision of boneless meat and cold storage will be an additional revenue for the civic body. The deboning plant will also facilitate supply of separate parts of the meat like thighs, hump, neck etc to meet people’s delicacies. The meat can be stored in deep freezer with temperate of –18 degree to –40 degree Celsius,” said Yogesh Shetye, general manager of Deonar abattoir.

The abattoir redevelopment projects costs over Rs 418 crore and is divided into phase 1A, 1B and 2. The project will also include shelters and slaughtering of animals as per welfare norms and it will also have complete waste disposal system. The new techniques will include gaseous anesthesia, electrical etc. There will also be new machineries for scientific disposal of carcass.

After modernisation, it will be possible to run the abattoir in shifts and the present capacity will be increased by two to three times. It would be equipped with solar energy utilisation, rainwater harvesting facilities, high-end machinery for loading and unloading of ramps for all types of animals as well as dispensary for municipal employees and buildings to accommodate officers.

Since it is the only municipally owned abattoir within the city limits of Mumbai, sellers from different villages of Maharashtra, Rajasthan, etc. sell their animals to exporters and retailers from the abattoir.

The Brihanmumbai Municipal Corporation (BMC) owned abattoir is spread over 64 acres of area in Deonar near Chembur. It was established in 1971, it is the only abattoir in the country, which slaughters all three species — goats/sheeps, buffaloes and pigs.

The tendering process will be done in couple of months and the project is expected to be completed in three years.