But chief minister Devendra Fadnavis has not taken any decision as yet and is still trying to convince people. 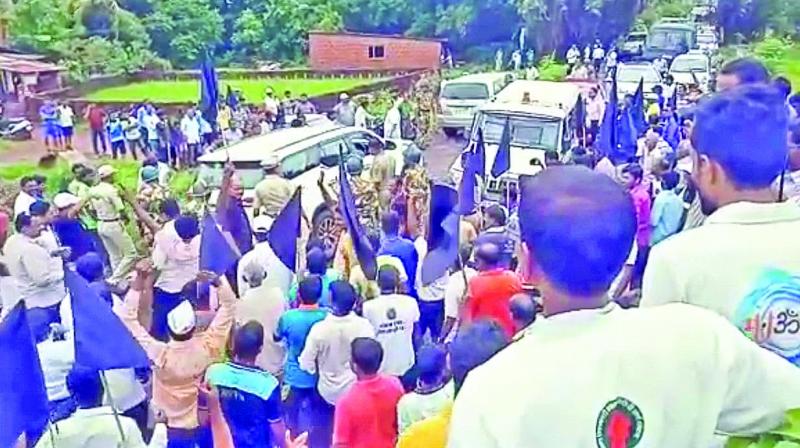 Nanar refinary issue is likely to take a serious turn.

Mumbai: Angry residents from the 14 villages in the vicinity of the proposed Nanar refinery project agitated on Saturday and did not allow BJP district chief Pramod Jathar to enter their villages.

The Nanar Project Virodhi Sangharsh Samiti  has been agitating since a few months and the Shiv Sena is supporting them. Industry minister Subhash Desai had even declared that the land acquisition notification would be cancelled in the presence of Sena chief Uddhav Thackeray.

But chief minister Devendra Fadnavis has not taken any decision as yet and is still trying to convince people. However, the residents of the 14 villages are angry with the government’s stand.

When former MLA and BJP district chief, Mr Jathar, visited the villages for a programme, he was greeted by angry villagers with black flags and slogans. They did not allow him to proceed further. Even though the police rushed to the spot, the BJP leader’s vehicles were not allowed to enter the villages and he had to turn back.

The Nanar refinary issue is likely to take a serious turn as the revenue department may soon start the process of land acquisition. Residents are not allowing government officials to enter their villages to measure land.