However, I did not get a seat on any of the list and now I’m being told to wait for the special round. 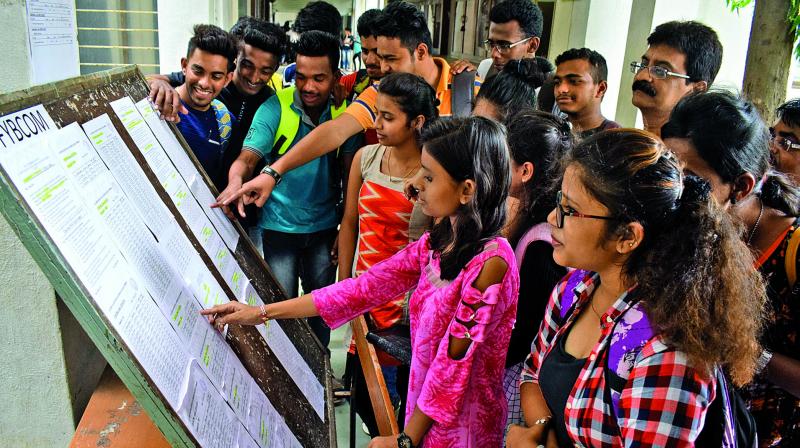 Mumbai: On Saturday, the state education department announced a special merit list for the first year junior college (FYJC) admissions, which allotted 38,567 students a seat in junior colleges. However, even after five merit rounds, around 9,000 students are still without seats.

In the special round, a total of 47,576 applicants had registered for FYJC admissions out of which 38,567 have been successfully allotted seats. Out of 38,567 seats, 2,224 were allotted in the Arts stream, 27,082 in the Commerce stream, 8,734 in the Science stream and 527 in Minimum Competency Vocational Courses stream.

However, even after four general merit lists and one special round, 9,008 students are yet to be admitted in colleges while over 1.2 lakh seats are still available in the city and suburban colleges.

“The number of seats available is double to the number of applicants (students). The students who did not get seats through the  centralised admission process (CAP), it means either they selected wrong preference of college or the one they chose didn’t have vacant seats,” said a senior official.

Neeraj Jain, a commerce aspirant, who still hasn’t taken admission anywhere even after scoring 88.6 per cent said, “I got a Dadar-based college in the first list even when I had selected Wilson College as my first preference. Initially, I thought if I skip that and wait for the second list, I might get a good college as per my preference.

However, I did not get a seat on any of the list and now I’m being told to wait for the special round.” However, on asking Neeraj if he got a college in the special round, he said, “I wanted admission in KC College but I got in Jai Hind so it is at least better than nothing.”