Thackeray held a meeting of districts presidents and all ministers to chalk out a strategy for polls. 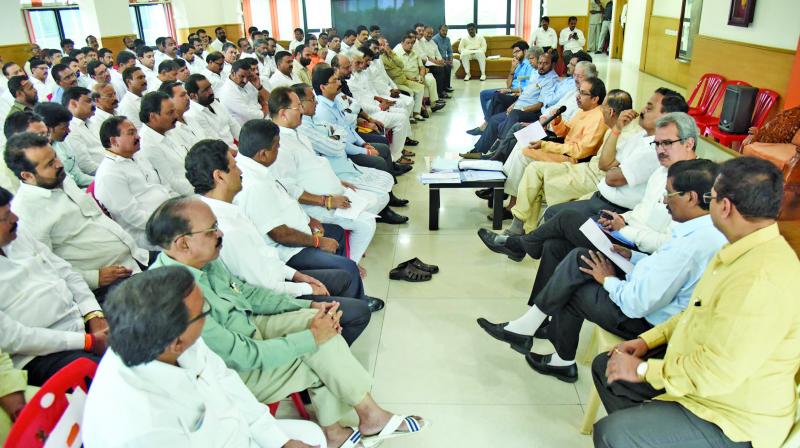 Mumbai: A day after BJP declared its target of 350 seats for Lok Sabha polls, Shiv Sena chief Uddhav Thackeray on Friday said that he has started preparation for the polls separately, intending to double the party’s seats. Despite the NDA’s resolution to contest polls under Prime Minister Narendra Modi’s leadership, he said the BJP had not informed him about their target of bagging 350 seats.

Also, Sena leaders Sanjay Raut, Ramdas Kadam and Gulabrao Patil had, in an internal meeting, declared that the BJP is the Sena’s number one enemy and appealed to the workers to come together to fight the polls. “We want more than double seats for the Lok Sabha and the party has started preparing for it. The leaders have been given responsibility of various areas,” Mr Thackeray said. Asked about the NDA’s joint resolution, he said it was decided that the next Lok Sabha would be contested under the leadership of Modi. “I have heard from you (media) about the BJP’s 350 seats target. We were not informed about it as a part of the NDA,” he said. Shiv Sena has 18 MPs in Maharashtra while BJP has 24 from Maharashtra and 278 in total.

Mr Thackeray held a meeting of districts presidents and all ministers to chalk out a strategy for polls. In the meeting, Sena MP Sanjay Raut, ministers Ramdas Kadam and Gulabrao Patil said the BJP is the number one enemy of the Sena. They also appealed to all the leaders to forget differences among themselves and come together, said the leaders who were present in the meeting.