The police arrested the two accused within two hours. The two men were remanded to police custody for a week. 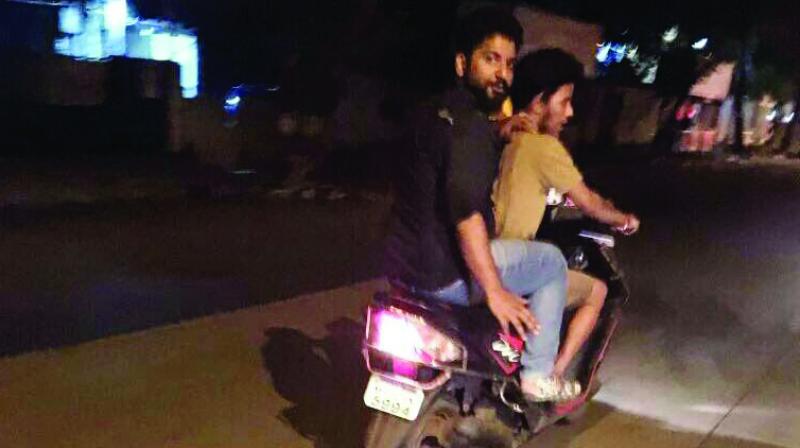 The two scooter-borne men were booked under section 354 (D) of the IPC that pertains to stalking.

Mumbai: The Amboli police arrested two men for allegedly stalking a woman late on Thursday night. The complainant, who was on her way home in an auto-rickshaw, saw the two scooter-borne men stalking her and immediately alerted the Mumbai police’s Twitter handle by posting a picture of the accused and their vehicle’s number. Following the post, the Amboli police arrested the duo and booked them under section 354D of the Indian Penal Code (IPC), which pertains to stalking.

Two weeks after a woman and her kids were stalked by a Malad-based IT engineer late at night, the Mumbai-based journalist was stalked by two unknown scooter-borne men, from Andheri to Juhu on Thursday night.

Asari Tarannum, a journalist of a leading newspaper said, “The incident took place around 12.30 am on Friday morning when she boarded an auto-rickshaw from Chitakoot Grounds in Andheri (West), and the two men started riding their scooter.

They tried to persuade the auto-rickshaw driver to slow down the vehicle so that they would get the fun of the chase. After I told the rickshaw driver to speed up or face the beatings from cops, he sped up and stopped only after Vile Parle check naka where the two guys were nowhere to be seen.”

The victim added, “I then called up the police control room, and they directed me to a safer route and alerted the Amboli police about the incident.”

After reaching Vile Parle, the police called up the victim Asira Tarannum, confirming her safety and asked her to register a complaint in the local police station about the incident. The police arrested the two accused within two hours. The two men were remanded to police custody for a week.