Sort your trash or BMC won’t pick it 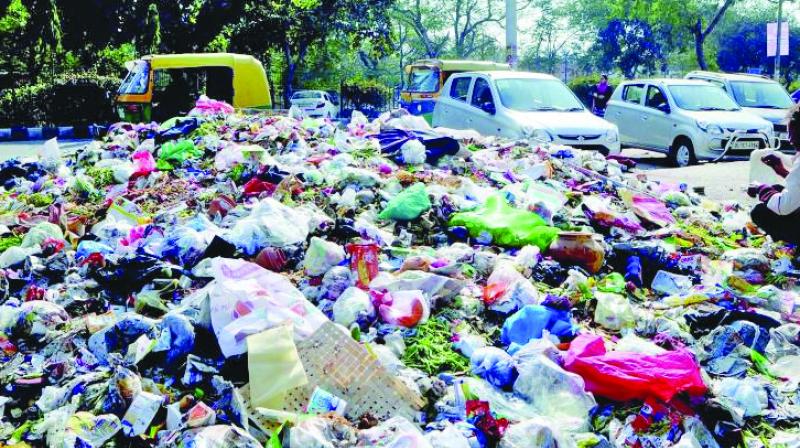 The BMC wants alll housing society and commercial entities to separate their garbage into wet and dry waste from October 2.

Mumbai: The Brihanmumbai municipal corporation (BMC) has announced that it will not pick up the garbage of residential societies and commercial entities, which create more than 100 kg of trash daily and if they fail to segregate it into dry and wet waste from October 2.

The civic body has begun organising ‘Garbage Fests’ at the ward-level to educate the public about waste segregation and composting.

On Friday, the H/West ward took a completely different initiative and kept an exhibition on wheels with an aim to reach large number of residents of the ward. “We are the first ward to implement the door-to-door demo, where we will visit houses and show them different techniques to segregate and compost waste,” said an official from the solid waste management department of H/West ward.  The vehicle took rounds of areas in the ward from 11 am and continued till noon.

Similarly, civic ward office in Andheri (West) have carried out a drive where the BMC has invited over 45 companies to exhibit their machines and techniques to segregate and treat waste efficiently.

The exhibition is currently going on in the ward and will continue till August 20. “More than 1,000 arrived for the exhibition today and we are expecting more people to come. Display of biogas plant, bio mechanisation machines, different composting techniques has been arranged,” said Prashant Gaikwad, assistant municipal commissioner of K/West ward.