The majority have used a composting machine, while the rest resorted to Biogas plant. 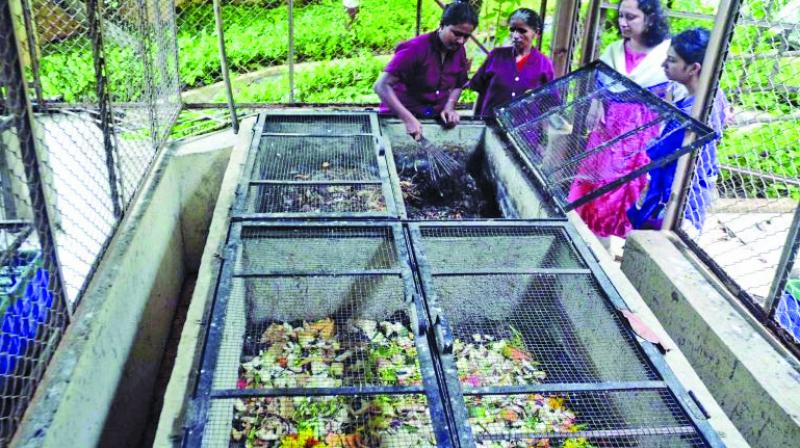 The Kohinoor City housing society at Kurla has been segregating and treating its own waste successfully.

Mumbai: In South Mumbai, the civic body had issued 209 notices to commercial/housing societies, however till date only eight premises have started treating their waste. Earlier in May, the BMC had identified bulk generators of ‘A’ ward (Colaba, Churchgate, Marine lines) government offices, five-star hotels, movie theatres and had sent notices to all to treat their waste.

Among the eight which have started composting include Hotel Taj, Taj President, Status hotel, Inox theatre, etc. The majority have used a composting machine, while  the rest resorted to Biogas plant. However, only the commercial establishments have extended support to the civic body.  None of the housing societies have started composting yet. Around 105 housing societies of the ward were served notices earlier in May.

Educational institutions like Jai Hind College and St Xaviers College is yet to respond. Also, the BMC head office itself, which generates 120kg of waste everyday, is yet to start the composting.In the beginning, the ward had given the deadline of June 1, 2017 but the housing societies, offices and hotel requested the civic body to extend the deadline.

Last year, the civic body had to face flak from the High Court as they did not manage their waste properly. After this, the court halted the construction activities of the city until the civic body managed the waste. The court had given the deadline of 30 June 2017 for closure of Deonar dumping ground , however the civic body failed to meet the deadline. But, later the civic body applied for an extension which was granted to them till September 31.