The party students held a protest at Kalina campus on Friday over the delay. 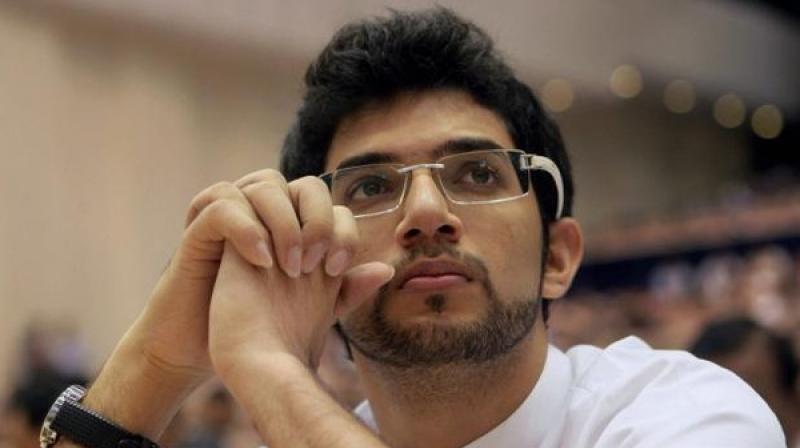 Mumbai: Terming education minister Vinod Tawde’s stand over the delay in declaration of final year results of Mumbai University (MU) as “mental harassment”, Yuva Sena chief Aaditya Thackeray on Friday demanded his resignation. He also accused the company that was given the contract of online paper assessment of corruption and suggested the appointment of an IAS/IPS officer in place of the Vice-Chancellor (VC) of MU.

Criticising Mr Tawde and chief minister Devendra Fadnavis over results mess, he also said they got time after election campaigns to meet the Governor on Friday. “It has been three months, and the results are yet to be declared. Who is director of the online company that has been awarded the contract for the online paper assessment? Looking at the situation of the university, the results will be declared only in September,” he added.

Reacting to the Tawde’s statement that he saved students’ academic year, Mr Thackeray said, “a mental harassment case should be filed against the minister. How can the minister speak something irresponsibly like that he has saved students’ academic year”. Mr Thackeray even pointed out to the promise made by the government to declare results on July 31 and missing the deadline of August 5 too. “Many students from the middle class background are preparing to go abroad for higher education. They have booked their tickets, received visas but have not got their results. They are in such a mess,” he added.

Suggesting that the VC’s resignation alone cannot solve the problem, he asked the government to appoint IAS/IPS officer for the post of VC. “I have also demanded a judicial probe into the entire chaos. The students are suffering badly in this. The earlier government was better than this,” he said. The Yuva Sena chief is also going to meet Prime Minister Narendra Modi. The party students held a protest at Kalina campus on Friday over the delay.