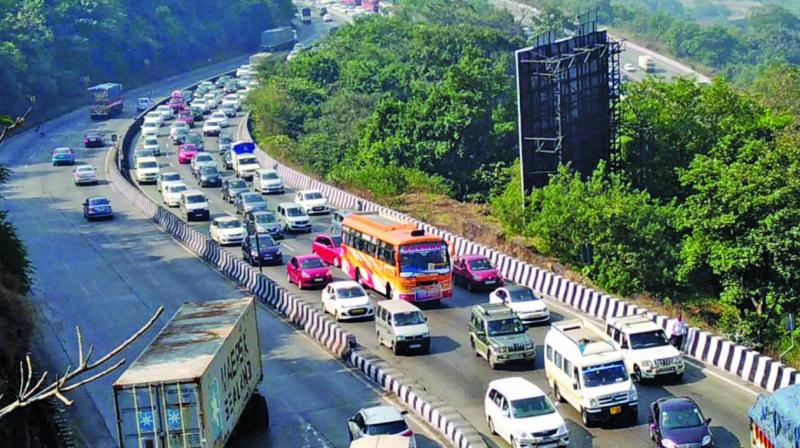 In this period alone, 189 accidents and 47 fatalities occurred on the Mumbai-Pune Expressway.

Mumbai: The Maharashtra traffic department has issued a notification in which it has established lanes for heavy vehicles on the Mumbai-Pune Expressway and the Mumbai-Ahmedabad National Highway number 48. If heavy vehicles are found overtaking other vehicles in a proscribed manner it will be considered dangerous driving and they will be charged heavy fines.

According to the notification, the traffic department has earmarked the extreme left lane for heavy vehicles. If they have to overtake, they can use the middle lane.

“If they are found using the extreme right lane, action will be taken against the driver,” said Vijay Patil superintendent of police of the traffic department.

“Earlier, this offence used to come under lane indiscipline. Now we will treat it as dangerous driving. The fine has also increased from Rs 200 to Rs 1,000 for the offence,” said Mr Patil.

The decision has been taken in order to reduce overtaking-related accidents. “Overtaking contributes to the increasing number of accidents and deaths on the expressway. This notification is one of the measures to reduce this and avoid traffic congestion,” said Mr Patil.

In this period alone, 189 accidents and 47 fatalities occurred on the Mumbai-Pune Expressway.

From April 2018, the speed limit for cars on national highways and expressways across the country was increased from 80 kmph to 100 kmph.

Recently, the MSRDC took a decision to increase the speed limit on the Mumbai-Pune Expressway from 80 kmph to 120 kmph for four-wheelers. For the private buses, however, the speed limit has been fixed at 100 kmph.