Five persons have lost their lives in pothole-related accidents in Thane district in July. 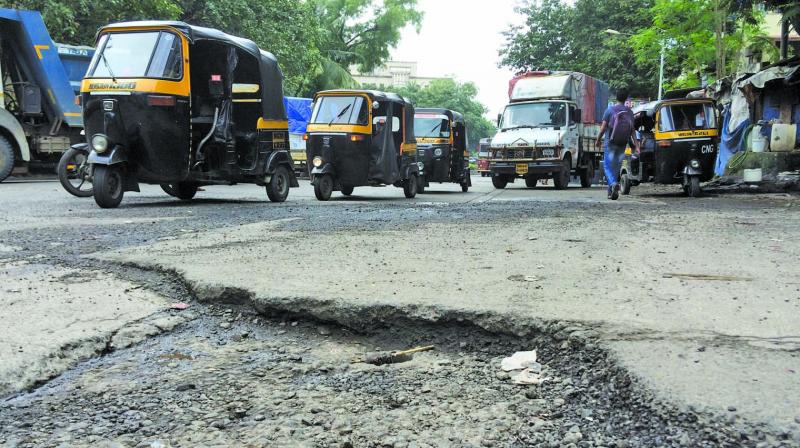 The NGO’s members have started a contest on a Facebook page wherein citizens can post pictures of ‘deserving candidates’.

Mumbai: Indulging in black humour over the state of pothole-ridden roads in the Mumbai Metropolitan Region (MMR), a Thane-based non-government organisation (NGO) has started a campaign ‘Mera Khadda Mahaan’.

The NGO’s members have started a contest on a Facebook page wherein citizens can post pictures of ‘deserving candidates’. The picture of the biggest pothole will fetch the capturer a prize on Sunday and officials from the Brihanmumbai Municipal Corporation (BMC) and public works department (PWD) have been invited to award the winners. The aim of the campaign is to highlight the inability of authorities to ensure safe roads during the monsoon. “We have come up with this Facebook page called PWD which stands for ‘pothole warrior department’ and we are conducting a series of activities. The online photo contest is the first activity. We have told people to click pictures of the pothole that they feel is the biggest and upload it along with the hashtag,” said Nishant Bangera, who runs MUSE, a youth organisation based in Thane.  He further added, “We will be accessing all pictures and one who finds the biggest pothole will be given prizes. We are also going to send out invitation letters to the chief minister, PWD and MMRDA officials to attend and felicitate those who have spotted the biggest potholes.”

The group will end the campaign on Sunday, which will be followed by a peaceful demonstration with placards.

In the past month, five persons have lost their lives in pothole-related accidents in Thane district.