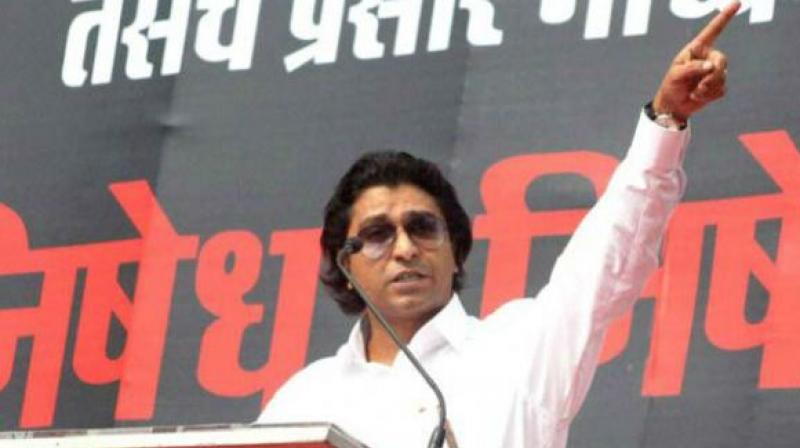 Mumbai: The Bombay high court on Tuesday quashed an FIR against Maharashtra Navnirman Sena  (MNS) chief Raj Thackeray and ten others for holding a protest march at Azad Maidan in 2012. Mr Thackeray had held a march from Girgaum Chowpatty to Azad Maidan to protest against alleged rioting by Raza Academy members in 2012. The DB Marg police had registered an FIR under section 37 (3), and section 135 of the Bombay Police Act against MNS workers for unlawful assembly but couldn’t file chargesheet within six months. As the chargesheet was filed two years after the FIR was registered, the high court quashed the FIR.

A division bench of justice Ranjit More and Justice Sarang Kotwal was hearing the petition filed by MNS leader Shirish Sawant for quashing of FIR. In the 2012, Raza Academy had held a protest against riots in Assam. On August 11, 2012, a huge crowd had gathered at Azad Maidan, which turned violent. The protesters thrashed police and torched media vans. After that incident, on August 21, 2012 MNS chief Raj Thackeray held a rally against the rioting from Girgaon Chowpatty to Azad Maidan.

The D.B.marg police had registered an FIR against Raj Thackeray and some of his party workers including MNS general secretary Shirish Sawant under 135 of the Bombay Police Act for not obeying the police orders and breaching the statutory rules.

Rajendra Shirodkar, lawyer of MNS, argued before the court that according to Criminal Procedure Code (Cr.pc) the police had to file chargesheet within six months of registering an FIR, but in this case, police had filed chargesheet after two years. He added that FIR should be quashed as time limit for filing chargesheet has elapsed. The court agreed with the contention of petitioner and quashed the entire case.