The Malabar Hill police has registered an accidental death report and is probing the case. 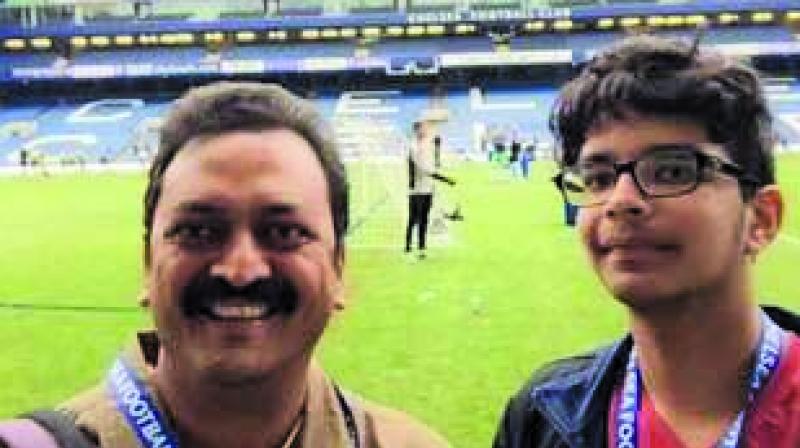 Manmat Mhaiskar, who was studying in a Pune-based college, sustained severe head injuries in the fall and was declared dead on arrival at the state-run JJ Hospital. The Malabar Hill police has registered an accidental death report and is probing the case.

Police officials said they do not know why Manmat took the drastic step and have not found any suicide note.

The police will examine one of Manmat’s friends who lives at Dariya Mahal to verify if the youngster came there to meet him.

A police source said it is being verified if Manmat had frequented the building in the past. According to police officials, Manmat had completed his Class 12 from St. Xavier’s College. He had taken admission in a Pune-based college and used to stay in Pune in the hostel. A police source said, “He came to Mumbai on Sunday to his residence, which is 10 minutes away from Dariya Mahal, and didn’t go back to Pune on Monday. He stayed back and on Tuesday he woke up at around 6.30 am and told his family he was going to see his friend Agrwal, a lawyer who stays at Dariya Mahal. But he did not meet Agrwal and went to the terrace of the building and jumped off.”

A police officer said Manmat had jumped off around 7 am but no one knew about it until a resident saw Manmat in a pool of blood from his balcony. He then called the police.

A police official said, “We are yet to find out whether it’s suicide or if his leg slipped from the terrace… If needed we will interrogate his new college friends and teachers whether something happened over there in Pune.”

Manmat’s last rites were held on Tuesday afternoon after the post-mortem.