Bandekar has stated that he does not want any allowance from the state government. 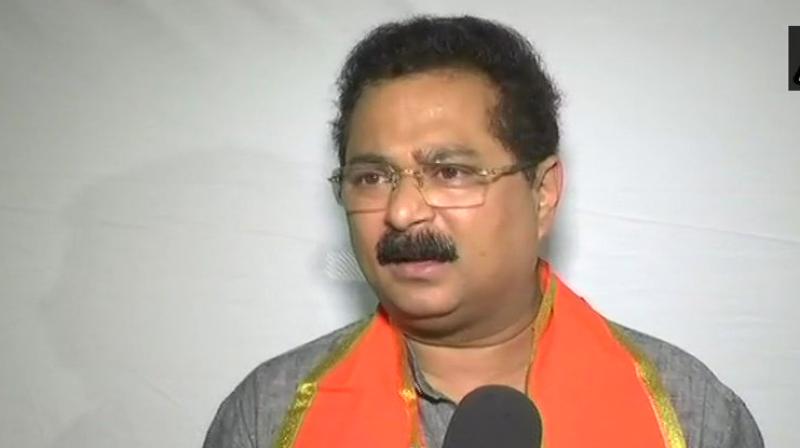 Mumbai: Shiv Sena party secretary and Chairman of Mumbai's Siddhivinayak temple trust, Adesh Bandekar has been accorded the rank of Minister of State (MoS) by the state government.

The government resolution (GR) issued mentions the protocols for the newly appointed MoS and other financial benefits which he will be eligible for. He will receive a monthly allowance of Rs 7500, Rs 3000 a month for telephone expenses, and travel allowances. He will also get 500 rupees allowance for attending every meeting of the Siddhivinayak temple trust.

He will be entitled to have one PA, One Typist, and one peon.

The GR also mentions that he is barred from using the national flag on his car. He will also not be entitled to have any telephone operator, bodyguard or security at home.

However, he clarified while speaking to ANI that he will not be taking any allowances from the state government.

"I won't take any allowance; I just want to serve people. The status of MoS has not been given to a particular person, it has been given to the position (Chairman of Siddhivinayak temple trust) in which I am right now," he told ANI.

I won't take any allowance, I just want to serve people. The status of MoS has not been given to a man, it has been given to the position (Chairman of Shree Siddhivinayak Ganapati Temple) in which I am right now: Adesh Bandekar on being given MoS rank in Maharashtra cabinet pic.twitter.com/X8VyDnlV9U

The move had led to a petition in the Indore High Court against the decision as it was termed by the opposition as an 'appeasement politics' move.