Food for thought straight from the fields

The rainfall started on June 8, after which an entire month went dry. 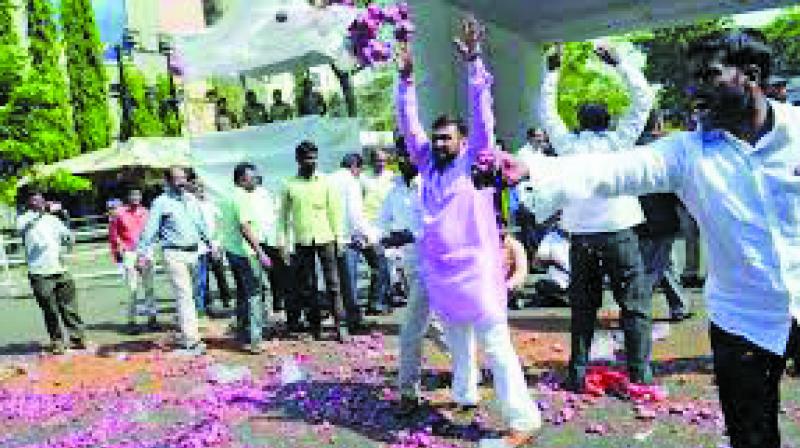 There are farmers who have committed suicide just for Rs 50,000.

The Maharashtra government recently declared loan waiver for farmers but I do not feel that the loan waiver is the only solution to help farmers. There are various issues that bog down a farmer. After working for the NAAM Foundation in past two years, I have realised that to change the plight of farmers, we need to think of agricultural policies at the micro level. For example, the dry spell in 2015. The rainfall started on June 8, after which an entire month went dry. By that time, the sowing was already done and the farmers had taken loans for that. But the banks never waived off loans because there was no crop. Consequently, the farmers had to pay the loan with interest without any crop yield. So farmers went to private moneylenders, who charged more interest rates for the second sowing but again there was no crop. Later, during the rabbi season, the farmers raised money for sowing but that again was lost due to dry spell. If we consider the entire cycle, the distressed farmers had taken loan for nearly three or four times in a year. And the government is considering only one loan when it comes to giving the loan waiver.

State revenue minister Chandrakant Patil has now urged rich farmers to give up loan waiver facility, which I support. The small farmers who are completely dependent on the farming should benefit from the waiver. Their loans are also not more than `five lakh. There are farmers who have committed suicide just for `50,000. The government will have to identify such farmers first and then help them.

I feel that those who are solely dependent on farming for livelihood should be categorised as ‘farmers’ not others. We do not have any research in the agriculture field, which is required to fulfil need of our growing population. There is no guidance for the farmers from the system. For example, if one farmer is taking tomato crop then many just follow him blindly. That’s what happened with the tur production in 2015. Also, lopsided policies of the government add to the farmers woes.

Farmers are exploited at every step. When there is need of seeds, an artificial scarcity is created due to which he has to buy expensive seeds. The government never counts that as extra cost. We need a dedicated team to address agriculture issues. It is of no use citing green revolutions of countries like Israel because we need to work with systems that are suitable to our environment. There is corruption, lackadaisical attitude towards farming in the system. When we give benefit of the 7th Pay Commission to the government employees why can’t we make them accountable towards the corruption in the system? I have objection to the government’s ban on exports. We have to understand the smaller problems of farmers to solve the bigger issues. If we do not nourish the roots, the tree will collapse.

(Makarand Anaspure is a Marathi actor and founder of NAAM Foundation that works towards the betterment of farmers.)