Rajeev said that roads after Malad were fine and would not need repairs. 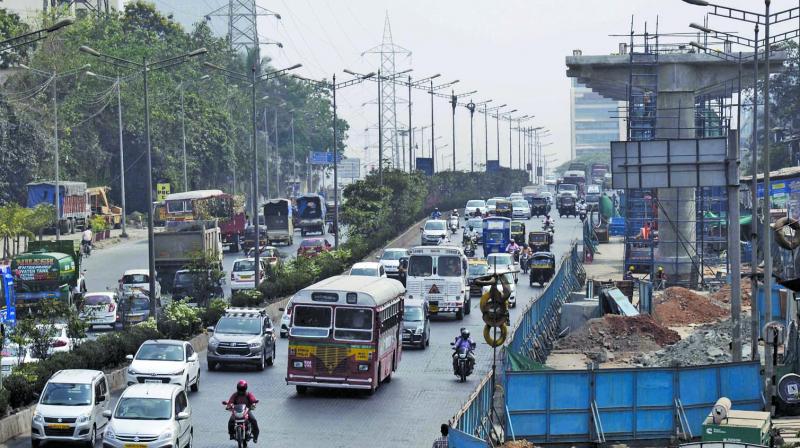 Mumbai: The Mumbai Metropolitan Region Development Authority (MMRDA) will better the stretch between DN Nagar and Malad on Link Road so that motorists don’t face any trouble during the upcoming monsoon.

The DN Nagar-Malad stretch, with its uneven paver blocks, is a problem for commuters, revealed metropolitan commissioner, R.A. Rajeev. However, Mr Rajeev further said that roads after Malad were fine and would not need repairs.

Mr Rajeev recently visited the sites where metro construction is underway and reviewed the works. While on inspection, he noted that the stretch between DN Nagar
(Andheri) and Malad had issues like uneven paver blocks. “There are paver blocks on the main road which cause a problem during the monsoon.

The area faces burgeoning traffic, which should not happen this year. The roads will be resurfaced and high tension wires at certain places will be removed,” he said.

No pre-monsoon works will be carried out along both routes this year.