The court advised the petitioner to approach the National Company Law Tribunal. 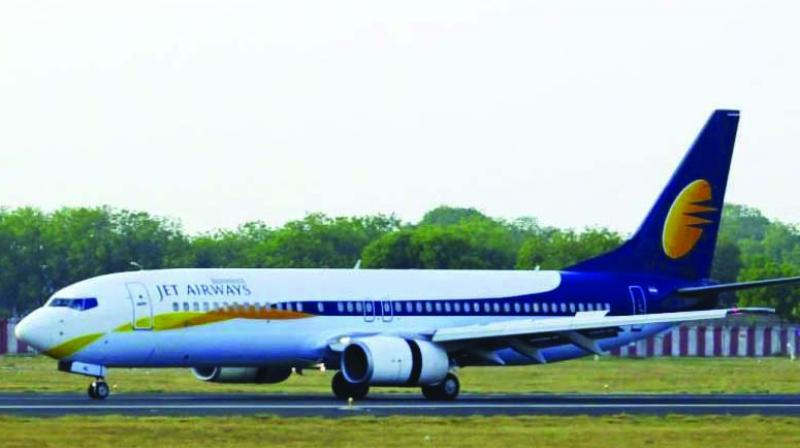 The plea also sought that the court direct the RBI to convene a joint meeting of the banks and the Jet management to take emergent steps to keep the airline afloat, during completion of its ongoing stake sale process.

Mumbai: The Bombay high court refused to intervene in the Jet Airways (JA) crisis, saying that it cannot direct the government and the Reserve Bank of India to rescue a ‘sick company’.

The court dismissed a writ petition seeking that the government and central bank be asked to direct the consortium of banks to help the cash-strapped airline, which has been grounded indefinitely from Wednesday.

A division bench of Chief Justice Pradeep Nandrajog and Justice N.M. Jamdar was hearing the writ petition, filed by advocate Mathews Nedumpara, seeking among other things that the government and RBI be directed to ensure that the airline resumed operations till a potential investor was identified.

The State Bank of India-led banks had invited bids for selling anywhere between 31 and 75 per cent stake in the airline, and had already received four initial bids from JA’s foreign partner Etihad Airways, the sovereign wealth fund NIIF, and two private equity funds – TPG Capital and Indigo Partners.

The over 25-year-old airline had sought a `400-crore emergency fund from its lenders to whom it already owes over `8,500 crore, but was refused as the airline was not ready to offer more collaterals.

The petitioner said that the airline was an “essential service” and therefore, the court must pass orders directing banks, led by the State Bank of India, “to provide such bare minimal funds to Jet as required to keep its flights operational.”

The plea also sought that the court direct the RBI to convene a joint meeting of the banks and the Jet management to take emergent steps to keep the airline afloat, during completion of its ongoing stake sale process.

The bench, however, said it could not ask the government or RBI to release funds for a sick company.

“We cannot ask the government to rescue a sick company. The only thing we can do is that if you get a hat, we can pass it around this court room for collecting money as charity,” the court said, dismissing the petition.

The court further advised the petitioner to approach the National Company Law Tribunal.

Jet Airways founder Naresh Goyal, who along with his wife Anita were forced out of the airline late last month by the banks, had also put in bids, but was asked to withdraw after the four bidders threatened to walk out. The banks hope to complete the sale process by May 10.