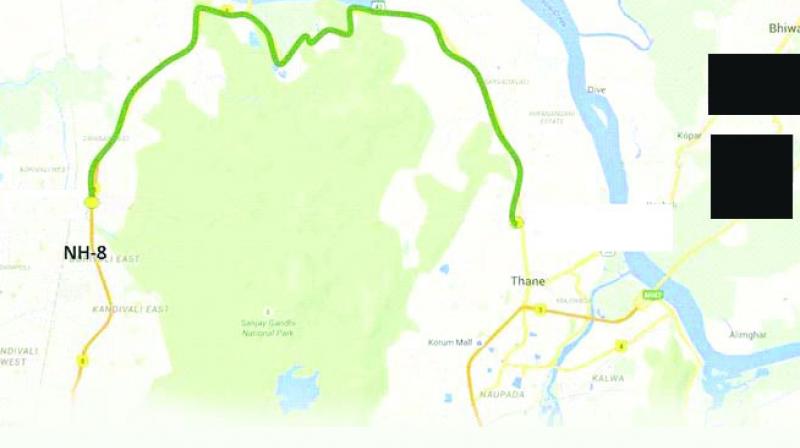 The six-lane tunnel proposed in 2015 will connect Tikuji-ni-Wadi in Thane to Western Express Highway (WEH) at Borivali.

Mumbai: The Maharashtra State Road Development Corporation (MSRDC) has begun with its survey inside the Sanjay Gandhi National Park (SGNP) for construction of the 11-km-long underground tunnel between Borivali and Thane that goes below the SGNP.

Radheshyam Mopalwar, managing director, MSRDC, said, “We have obtained the permission to conduct the survey and our consultant has started working on it. There are several parameters we will have to look into for having a blueprint of the underground tunnel.”

According to MSRDC officials, the project will be tolled road and commuters are likely to pay a toll charge of Rs 200 to use the tunnel. Using this tunnel would bring down the 23-km drive for motorists via Ghodbunder route to 11-km via the tunnel.

Similarly, the Mumbai Metropolitan Region Development Authority  also has plans of having a ropeway between Borivali and Thane, which will run over SGNP by giving a bird’s eye view in order to boost tourism. The project is currently in its early stages of preparing DPR.

However, environmentalists and forest department officials have reservations over the project as the tunnelling work for the scheme would require the usage of tunnelling boring machines (TBM), which tend to make a lot of noise.