The MNS chief also alleged that a conspiracy was being hatched against Marathi people by the Modi government. 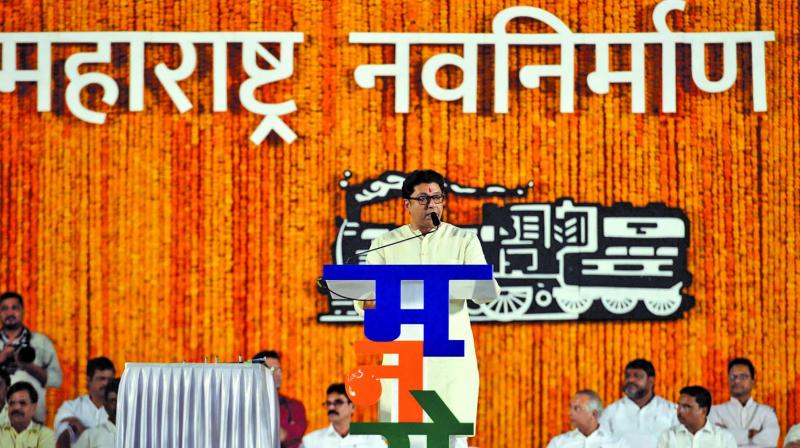 Mumbai: Maharashtra Navnirman Sena chief  Raj Thackeray on Sunday appealed to all opposition parties to come together, hinting that he was ready to join hands with the anti-Bharatiya Janata Party (BJP) front, Mr Thackeray lambasted Prime Minister Narendra Modi for not keeping a single promise that he had made to the people and admitted his own mistake of supporting the latter during the Lok Sabha polls in 2014. He called for a Modi Mukta Bharat. The MNS chief also alleged that a conspiracy was being hatched against Marathi people by the Modi government.

“Modi said Congress mukta Bharat, but I would say this is a time to make Modi mukta Bharat. All the opposition parties should come together for that. You will have to finish this disease (Modi) for the country. You will have to prepare for the fight. In 1947 we got our first independence, in 1977 second independence, and a third independence is awaited in 2019/ It would be Modi mukta Bharat,” Thackeray said in his one and half hour long speech at Shivaji Park on the occasion of Gudi Padva.  He also said that the media has been restricted to speak on any anti-government issue and the judiciary has been pressurised to give judgements in the favour of the government.

Terming Rafael deal as the bigger scam than Bofors, the MNS leader said no one was talking about it.

“The Rafael agreement was made with the French government for Rs 1600 crore. But the actual price was Rs 550 crore. So we are paying Rs 900 crore extra. The inexperienced Anil Ambani-led Reliance company has been made the partner of the French government. However, the government did not clarify the issue and PM did not even utter a word about it in Parliament,” he said.

The MNS chief  called demonetisation the biggest scam after independence. “If the government changes and inquiry is initiated against the demonetisations, then it would emerge as the biggest scam since independence,” he added. Raj did not spare the Modi government over Nirav Modi fraud as well. “The Sridevi issue was deliberately brought to sideline the Nirav Modi fraud. Also, why was Sridevi given state honour when the cause of her death turned out to be consumption of liquor,” he added.

On the conspiracy against Mumbai, Mr Thackeray said the bullet train, shifting international financial centre to Gujarat, moving Air India headquarters to Delhi was all part of it.