The forest officers have not been able to ascertain how the big cat managed to reach populated residential area since there are no forests nearby. 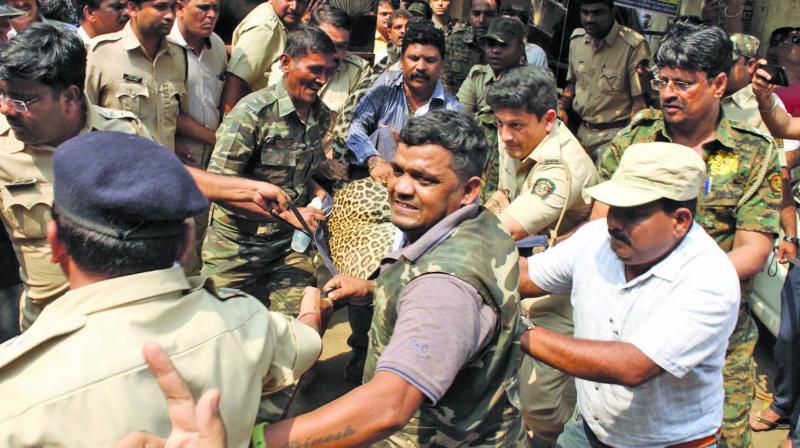 Mumbai: A leopard entered a residential building in Ulhasnagar in Thane district early on Sunday. It was first spotted on the building’s CCTV cameras. It took the forest department four hours to tranquilise and capture the leopard.

After receiving information from the residents, the forest department reached the building in Bhutiya Chowk within 30 minutes. “The security guards told us that they saw a leopard roaming in the society after which we called the forest department. The leopard was seen leaping a wall. It seemed exhausted after it was captured,” said a resident.

The forest officers have not been able to ascertain how the big cat managed to reach populated residential area since there are no forests nearby. “We are trying to figure out where did the leopard came from. We will be transporting it accordingly,” said a senior forest officer.

“We suspect that it must have come from the forest area near Hajimalang, as it is the closest forest from the site. There have been instances of fire and encroachment in the forest area earlier,” said Satyajit Burman, member of the Ambernath Citizens Forum.