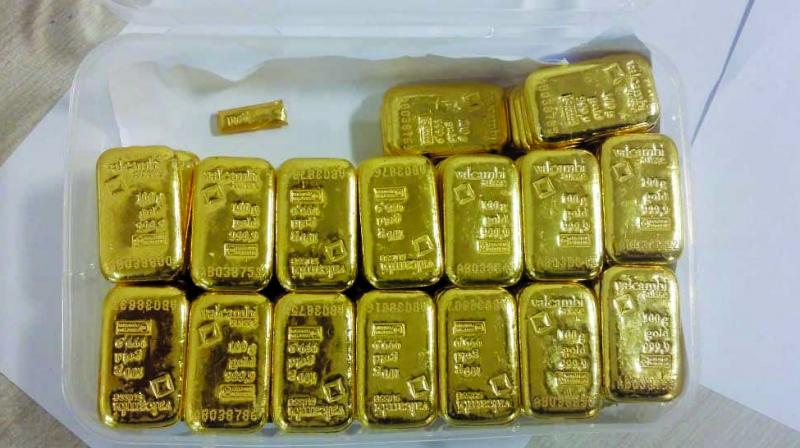 The gold bars of 99.9 per cent purity were found inside the pockets.

Mumbai: A Sri Lankan couple who used their minor kid as a carrier of 1.08 kilogram gold worth Rs 3.31 crore was arrested by the Air Intelligence Unit (AIU) of Mumbai Customs. The officials intercepted the duo late Saturday based on profiling as frequent short-span travellers. When the kid was frisked, the officers found gold in his jacket and shoes.

The accused were identified as Siqad Nazrina Raafi, his wife Fathima Mohamed Hassen, and a minor kid who was used for smuggling the gold across the borders of two countries.

“The trio had arrived from Singapore to Mumbai by a Jet Airways flight 9W-0007. The accused were intercepted and gold was found in specially stitched concealed pockets inside the jackets,” said an AIU officer.

The gold bars of 99.9 per cent purity were found inside the pockets. The officials said that the purpose of using the juvenile as a carrier was to avoid suspicion or interception, the officials said.

The couple’s travel history aka profiling in customs’ parlance, set alarm bells ringing. Their travel history revealed frequent and very short trips to locations including Singapore. The visits were seen as suspicious as they involved multiple hops via longer routes, the officials said.

Upon questioning, the couple accepted the illegal carriage of gold but there was no clarity on the identity of the receiver.

A case has been registered against the accused as per the provisions of the Customs Act and the couple has been remanded to the AIU custody for further investigation. The juvenile has been sent to a children’s shelter, the officials said.