When contacted, FDA officials confirmed the seizure of expired milk. 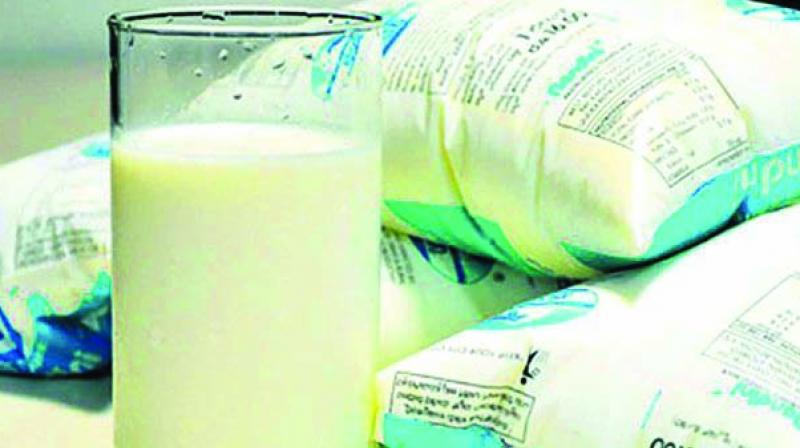 Preet Parakh saw some people selling the ready-to-drink packaged milk for Rs 10 per can (190ml) under the guise of a promotional campaign by the Rajasthan-based manufacturer.

Mumbai: Thanks to an alert citizen, the Naya Nagar police has seized a stock of flavoured canned milk that had passed its expiration date but was openly being sold at heavily discounted rates by fudging expiry dates from a makeshift stall outside the Mira Road railway station Sunday evening.

Preet Parakh saw some people selling the ready-to-drink packaged milk for Rs 10 per can (190ml) under the guise of a promotional campaign by the Rajasthan-based manufacturer. Sensing something fishy, Parakh purchased a couple of cans and was shocked to find that the price, packaging details and best buy dates were beyond the shelf-life that had been fudged and covered by bold promo stamps. “After erasing the stamp, I found that the dairy product originally priced at Rs 35 had already exceeded its expiry dates and was unfit for consumption,” said Parakh, who immediately alerted the local police station.

“Apart from the tempo, we have seized 65 cartons, each comprising 12 cans of the expired flavoured milk. Officials from the Food and Drug Administration (FDA) have been informed,” said assistant police inspector Satish Nikam.

“I have directed an in-depth investigation into the matter as the sale of outdated food products can have serious repercussions on the health of people,” assured superintendent of police, Dr Shivaji Rathod. When contacted, FDA officials confirmed the seizure of expired milk and said that the process was underway to send samples for a lab test and take necessary action against the miscreants.