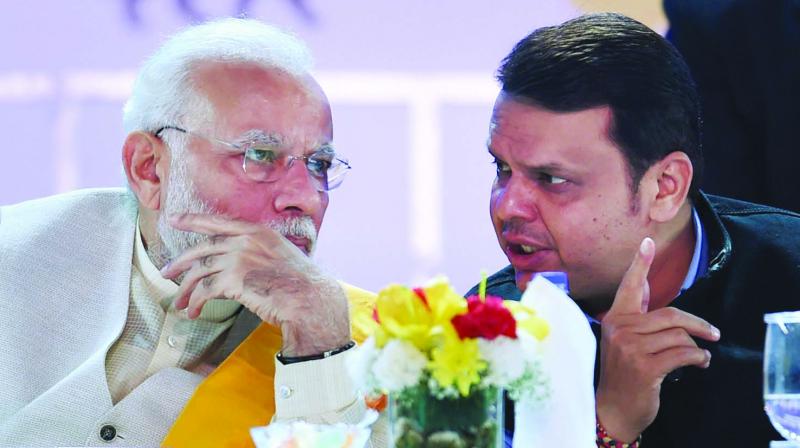 Speaking at the Magnetic Maharashtra event at Bandra-Kurla Complex on Sunday, Mr Modi said that Maharashtra would share the responsibility of making the state economy to one trillion dollar by 2025.

The PM boasted that his government had withdrawn 1,400 obsolete laws, which were hindering businesses. “A few years have gone in corruption. However, we have worked hard and are targeting to enter the five trillion dollar economy club. This confidence has not come easily. We have a development-friendly environment for businesses. We have taken governance to that level. Now, the government is more accountable and democratically more participative than before. Maharashtra will make its economy to one trillion dollar,” Mr Modi said.

The PM said that in the last three years, his government had abolished 1,400 laws to attract and set up businesses with ease. “We are trying to reduce human interference and making processes easy. Planning performance leads to progress,” Mr Modi said.

The Mumbai-Nagpur Samruddhi corridor will connect rural areas and take agriculture sector to a new height. The super communication way will build 24 towns and create 25 lakh new employments,” he said.

Prime Minister Narendra Modi arrived at the Lilavati Hospital in Bandra on Sunday evening to meet  Goa’s chief minister Manohar Parrikar, who is undergoing treatment for mild pancreatitis. The minister is under the treatment of  oncologist P Jagannath. On the advise of his doctors, Mr Parrikar will be continuing with the treatment in Mumbai.