According to wildlife experts in the area, it wasn’t a complaint from the locals of the area that led to the female leopard being trapped. 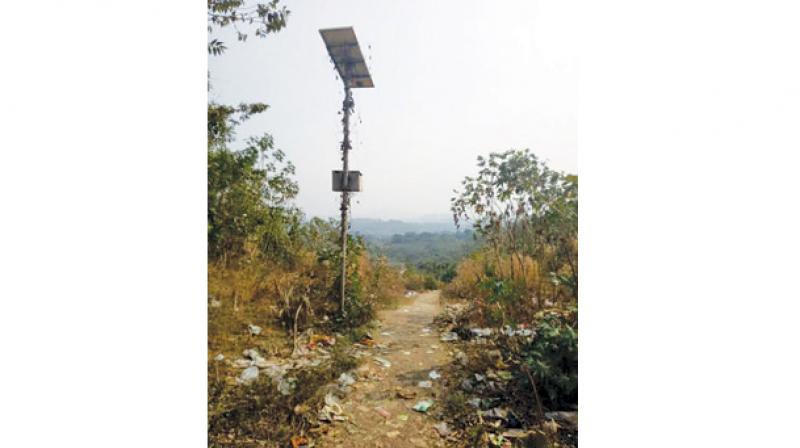 A patrolling device installed at Aarey.

Mumbai: After a leopard was trapped in Aarey Milk Colony late on December 24 last year, the Thane forest department has now started patrolling the Mataipada area since Tuesday in order to avoid such incidents from recurring in the future and avoiding the panic that comes with it. Locals claim to have sighted the big cats frequently and complain that in spite of requests and complaints, there are no streetlights installed in the area, which exposes them to the increasing probability of facing a leopard again.

Two guards, under the supervision of the forest in-charge, have been patrolling the areas where the trapped and released leopard was last seen.

According to wildlife experts in the area, it wasn’t a complaint from the locals of the area that led to the female leopard being trapped. The locals, however, blamed the forest officials for not having installed the streetlights, which leads to a threat to their lives. The locals added that not only the area but also the washrooms therein, sponsored by Sachin Tendulkar through his MP funds, do not have lights, which can be dangerous as users are not able to realise whether an animal is around or not.

Although there was no man-animal conflict reported in the area, a leopard was caught there by forest officials in December 2016. The Mumbai territorial range had set up a trap for two days.