Lawyer of Wecom trust claimed during the Jagannath Rath Yatra, which was held in Shivaji Park loud speakers were used. 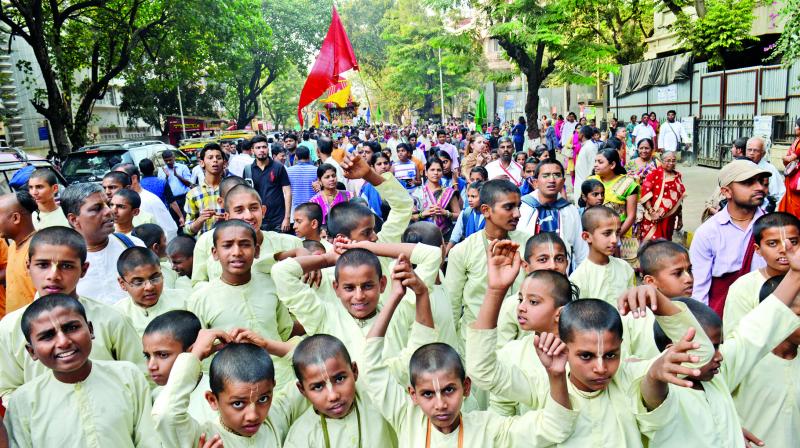 Yatra was held on January 15

Mumbai: The Bombay high Court on Wednesday asked the state government whether it had given permission to the organiser of Jagannath Rath Yatra at Shivaji Park to use loud speakers.

Bombay HC further asked the state government, “If the state didn’t give permission then what action will be taken against organisers?.” Wecom Trust has filed application in the Bombay High Court saying that “Despite High court’s August 2016 order, Rath Yatra was organised on last week, at Shivaji Park and loud speakers were used for two days.”

A division bench of Justice Abhay Oka and Justice Anuja Prabhudesai was hearing the application, which stated that in August 2016 the high court had said that Shivaji Park is a silence zone and nobody can use loudspeakers in the area. The application has claimed that despite the high court order the organisers of rath yatra used loud speakers during the event and police didn’t take any action against them.

Lawyer of Wecom trust claimed during the Jagannath Rath Yatra, which was held in Shivaji Park loud speakers were used. The Bombay Court asked state government whether organisers of  Jagannath Rath Yatra had sought the permission from police to use loudspeakers and if not then what action was taken against them.